An increase in traffic on Union Pacific Railroad’s (UPRR) Ennis Subdivision in Dallas, Texas, created the need for higher capacity on this important rail line. The Ennis Subdivision is a 140.6-mile-long stretch of track that extends from UPRR’s Dallas Intermodal Terminal south to Hearne, Texas.

UPRR asked Olsson to design the project, which consisted of constructing a new yard bypass track, creating a new yard receiving and departure track, extending the yard switch lead, creating a new locomotive track, and reconfiguring a portion of the yard’s west switching lead. One key component of the project was replacement of an existing drainage structure that ran through the middle of the yard and conveyed drainage along Honey Springs Branch.

The existing drainage structure, a nearly 300-foot-long box culvert with an aging timber bridge at the outlet end, needed to be reconfigured to support the new bypass track. Olsson evaluated several options for drainage structure replacement, creating preliminary design and conceptual cost estimates for each, and worked with UPRR to select the best option. The design that was ultimately selected was to remove the existing bridge and extend the existing concrete box culvert using precast concrete culvert sections.

One final caveat: the existing bridge needed to be removed and the box culvert extension completed during a 50-hour work window to minimize disruption to the Ennis Subdivision.

To complete the culvert extension in a 50-hour window required extensive coordination and cooperation with several groups within UPRR, including the Service Unit, Network Planning, Engineering, Signal, and Civil Construction.

The drainage structure to be extended during the window was a 266-foot-long, 8-foot-by-8-foot double-cell concrete box culvert (CBC). A 16-foot-long, single-span timber bridge supported by stone masonry abutments stood at the outlet of the existing culvert – it would have to be removed during the same work window to allow construction of the culvert extension. Water from the Honey Springs Branch flowed through the existing culvert and then through the timber bridge to a downstream 10-foot-by-8-foot, triple-cell CBC under nearby Carbondale Street.

Before we got started designing a solution for the culvert extension, we analyzed the affected area to determine possible solutions, keeping in mind hydraulic performance, constructability, proposed track geometry, cost, and the need to limit the effect of construction on UPRR operations. We discovered the existing culvert did not meet UPRR’s standard hydraulic criteria – the track would be overtopped during a runoff event with greater frequency than a 10-year flood event. Raising the rail was out of the question because of the cost, so instead the focus turned to providing more conveyance under the tracks.

We provided UPRR with four options to replace the existing CBC, and after completing a cost-benefit analysis with the help of several groups within UPRR, officials chose to replace the existing structure with a precast concrete, double-cell reinforced concrete box (RCB) extension. This option had a cost savings of more than $500,000 when compared to other options and, perhaps most importantly, it reduced the amount of time tracks would need to be out of service during construction.

The precast culvert extension would have two 8-foot-by-8-foot rectangular cells. An additional 48-inch diameter smooth steel pipe would be micro-tunneled under the entire yard adjacent to the culvert in order to increase drainage capacity.

The box culvert extension was made up of 14 precast concrete box sections connected with a post-tensioning system to quickly fit the sections together and allow for construction during the limited track outage.

The precast concrete box sections fit together with a tongue-and-groove joint system and were installed and tightened using the post-tensioning system. Each box section was detailed with concrete blockouts and corrugated ducts with grout saddle systems to allow the post-tensioning system to be installed during construction. The versatile design of the RCB culvert assembly gave the contractor the option to place and tighten one precast section at a time or tighten multiple sections at once.

The new solution had to connect to the existing CBC to convey drainage under the entire yard. Olsson conducted a detailed structural survey to determine the limits of the existing structure, which helped mold the orientation and geometry of the new box sections and helped narrow the limits of the tolerance/transition zone during construction.

During construction, UPRR removed four tracks from service, including the main track, a siding track, and two yard tracks. Other existing yard tracks were used as the temporary route for train traffic during the 50-hour track outage granted to the contractor.

In that 50 hours, the Ennis Subdivision was rerouted through Dallas Yard, four existing tracks and a timber bridge were removed, nearly 3,000 cubic yards of excavation took place, the new pre-cast culvert sections were set, the post-tension system was installed, the work area was backfilled, and the four removed tracks were reconstructed. Construction was completed in 39 hours, less than the planned for 50-hour window.

The final product resulted in a new yard bypass for the Ennis Subdivision. 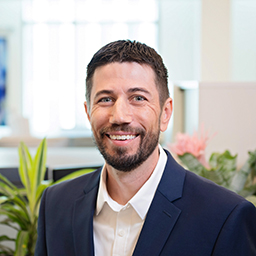