The intersection in front of City Hall in downtown Kansas City, Missouri, might be the manhole capital of the world. The intersection is home to 17 heavy, cast-iron manhole covers, stark reminders of all the belowground electrical and fiber networks it takes to keep a city running and connected.

This intersection also illustrates the need for greater cooperation in building a major part of today’s infrastructure in a major metropolitan area.

Building a more efficient network underneath Kansas City was the goal of our Traffic and Technology team as it conducted a communications master plan for the city.

Communications master plans identify and map out existing and proposed future communications for a city. These plans are used by city leaders to schedule upgrades to and expansion of the city’s communications networks.

Our communications master plan for Kansas City included the following:

City agencies are required to store large amounts of data, some of which is shared among several departments. This is made more difficult when agencies are using different communications networks.

As a result of the communications master plan, the city moved several departments to its city-owned fiber network at a significant cost savings. As an example, the police department was one of the first departments to make the switch. The department needed a network with encryption capabilities to protect personally identifiable information and had to have the bandwidth to store video taken by body cameras.

Three more departments quickly followed. As a result, the city has the opportunity to save about $700,000 per year in communications costs by enacting many of the recommendations made in our communications master plan.

An added benefit: smoother streets and fewer traffic obstructions. By partnering with private companies and sharing conduit and pull boxes, the city has fewer reasons to place new conduit underneath the streets. This eliminates the need for construction and leads to fewer road closures near city-owned facilities, especially downtown. Fewer manholes, too. 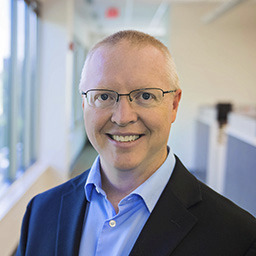