Northeast Community College in Norfolk, Nebraska, has grown and changed over the years and Olsson is proud to be a partner in that growth since the mid-2000s.  It started with survey services provided to an architect and has grown into being the trusted civil design partner for the college. 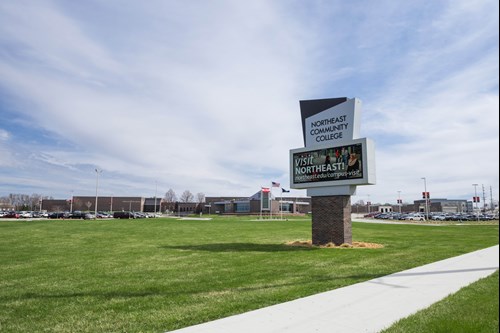 The first design project was a new building to establish a campus in South Sioux City, Nebraska. Olsson partnered with BCDM Architects to provide site civil and permitting for the project. Justin Stark, a technical leader in Olsson’s Lincoln office, was an assistant engineer in the South Sioux City office at the time and was the main designer for this project. He worked closely with Rod Hanson, now a Site/Civil industry expert, to produce a successful site design.  From there, the relationship with the college continued to grow.

“Northeast Community College has been an important client for Olsson and being a partner in transforming its campus system is valuable to our company,” Justin said. “We appreciate the impact Northeast is making by molding students for the professional world. This matches our value of making a positive impact in the communities we serve.”

The growth of the client relationship has led to multiple project opportunities over the years. 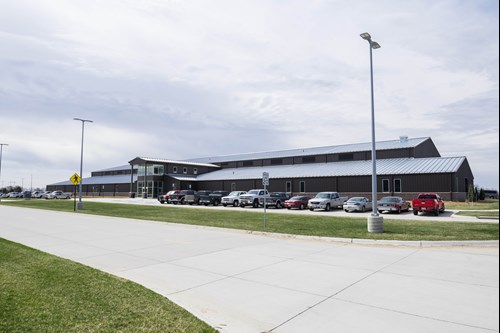 The Applied Technology and Physical Plant buildings project is a prime example of Northeast’s trust in Olsson as a partner. These buildings were planned in an undeveloped area of campus and a key question very early in design was where to take the stormwater.

To solve the dilemma, the team realized that a drainage study of the entire campus was needed. The college trusted Olsson to answer this key design component. Eric Beiermann, who was on the Lincoln Water Resources team at the time, completed the drainage study.

“In addition to answering the question about storm infrastructure needed for the new buildings, the study also recommended a detention pond to drastically reduce flooding, which was needed if the college wanted to continue expanding. This detention pond has reduced flooding by almost 50 percent,” he said.

Northwest continued its growth with a new dorm and dining facility, Path Hall and Hawks Point.

The growth spurred the need to complete an in-depth campus system masterplan to set the stage for future development. The president of the college, Dr. Michael Chipps, wanted to create a vision for the campus and have a masterplan for the future. BVH Architects was tasked with leading the college through the process with Olsson as a partner.

“There was significant involvement from Northeast staff during the detailed process to ensure it was a combined vision for the college. This was also a beneficial opportunity for the Olsson team to learn more about the vision of the college, the key stakeholders on campus, and what’s important to them beyond the bricks and mortar of projects,” Justin said.

This master planning effort led to additional opportunities for Olsson to further develop a key vision of Dr. Chipps.

Upon completion of Path Hall and Hawks Point in 2016, Dr. Chipps had a vision of creating a new space, more like a plaza, that would be a welcoming part of campus where students could walk around, meet friends, study, and more. The space would be called Hawks Village. 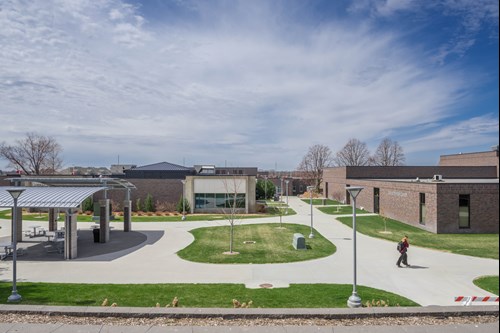 Currently, phase two is under construction. Mass grading and site demolition were the first components of the project, followed by extensive storm sewer installation. Some of the new pedestrian paths were constructed prior to the start of the school year. A soccer field, basketball courts, a new recreation support building, and a new parking lot are also part of phase two. 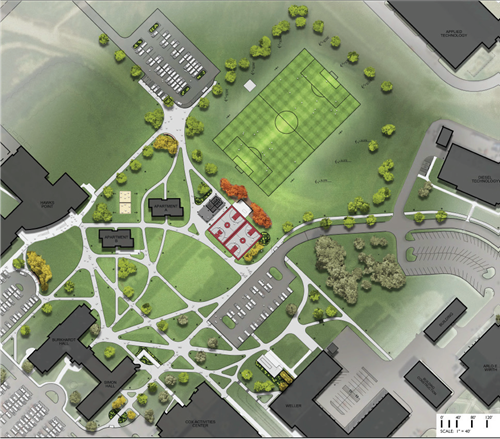 One of the unique aspects of this longtime partnership with Northeast is the personal connection that some team members have to the college and the area. Justin grew up in Pierce, which is 15 miles from Northeast.

“Northeast projects and the client relationship hold a special place in my heart since it’s so close to my hometown,” he said.

Sawyer Poore, an assistant technician with Olsson’s Water/Wastewater team, got his degree from Northeast and is now able to put his expertise to work transforming the campus of his alma mater.

“It’s exciting to have the opportunity to work on projects for Northeast knowing that my contributions help improve the college,” he said.

The growth of the college isn’t slowing down. Currently Olsson is under contract with Wilkins ADP, the newest architect that Northeast has partnered with, to provide civil engineering for two projects on the Norfolk campus that are part of the implementation of the college’s masterplan. One is the Agriculture and Water Center for Excellence. This is a new campus to the east of the main campus that will focus on agriculture programming. The other project involves renovations to the existing Student Center.