When it comes to locating all-important section corners on remote project sites that might span 50,000 acres or more, a successful surveyor needs to be part historian and part private investigator. That means knowing how to uncover survey records at a county courthouse or in the Bureau of Land Management (BLM) database.

The sleuthing required to complete project surveys is one of the most challenging and fascinating aspects of wind energy work. And once the research is complete, surveyors sometimes borrow the skills of an archaeologist to find markers set by government land surveyors more than two centuries ago.

Because many jurisdictions require turbines to be located a minimum distance from roads, utilities, and occupied dwellings, it’s crucial for a developer to obtain a survey that meets standards of the American Land Title Association and National Society of Professional Surveyors (ALTA/NSPS).

My colleagues at Olsson have performed ALTA surveys for dozens of the 400 renewable projects that our firm has worked on. Our involvement in a project typically starts with surveying all occupied structures so developers can begin the process of siting turbines in accordance with setback and design requirements. 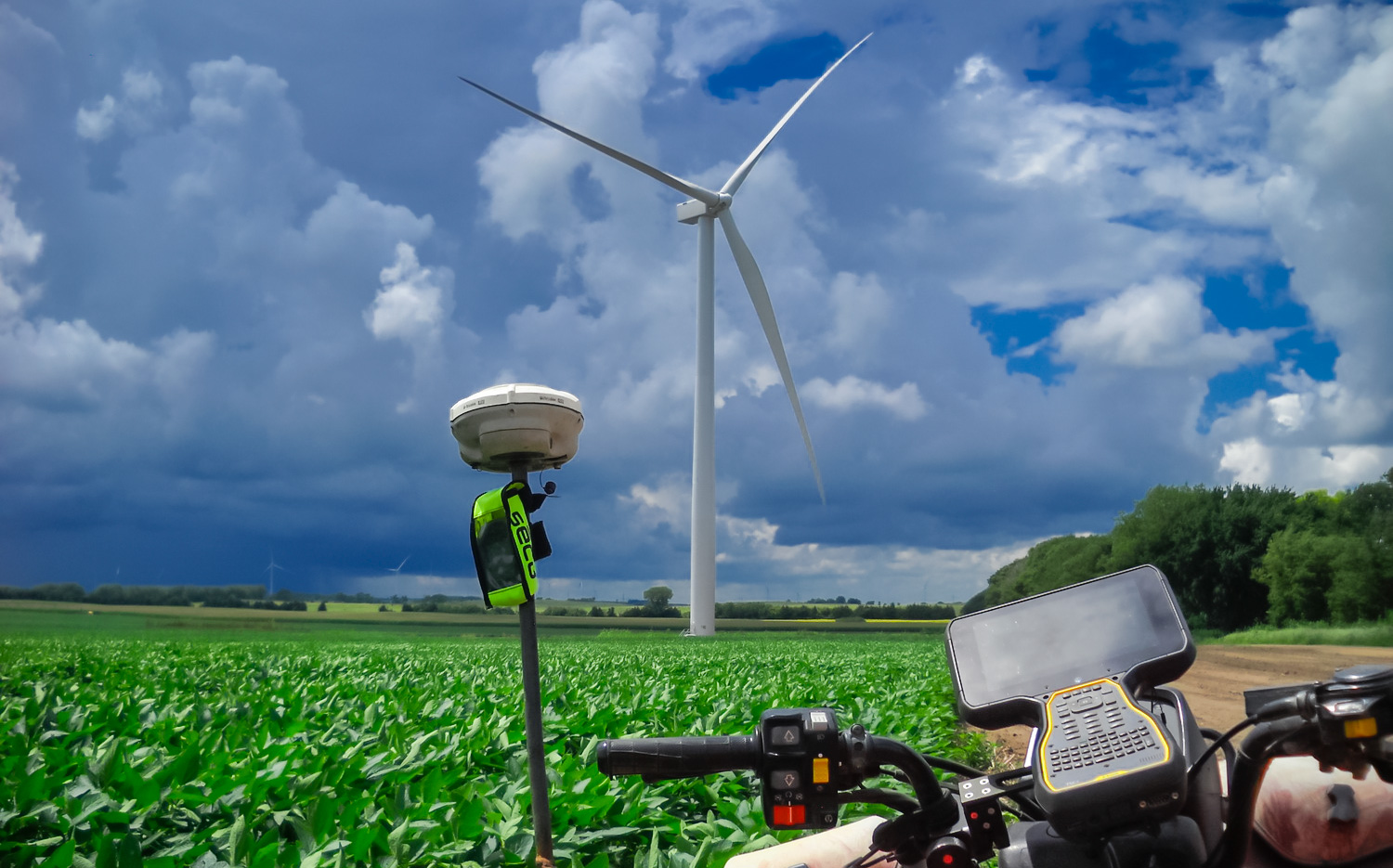 Surveyors then work to locate section corners, which are the official one-mile land markers established by the General Land Office (GLO). The GLO administered the Public Land Survey System, which established public domain lands in 30 states (mostly in the South, Midwest, and West) to control the sale and settlement of the property. Modern surveyors often must dig into the records – and the ground – to uncover section monuments first set by government surveyors as far back as 1785 in some areas.

We rely heavily on records at county courthouses or online databases maintained by state governments or the BLM. The research can produce a wealth of information, including handwritten notes by the original surveyor or ledgers containing measurements and descriptions of landmarks that help us find the monument.

We also interview landowners, who frequently volunteer helpful information. We’ve had landowners take us to section corners that were first revealed to them by their grandfathers many years before.

While some section monuments are stamped brass caps set in concrete, others are pieces of limestone or piles of rocks. Sometimes, a charred wooden post or a slurry of lime left to harden in a hole were placed by surveyors who found the original GLO monuments. We have used everything from hand spades to backhoes to scrape away layers of windblown soil to uncover a monument. 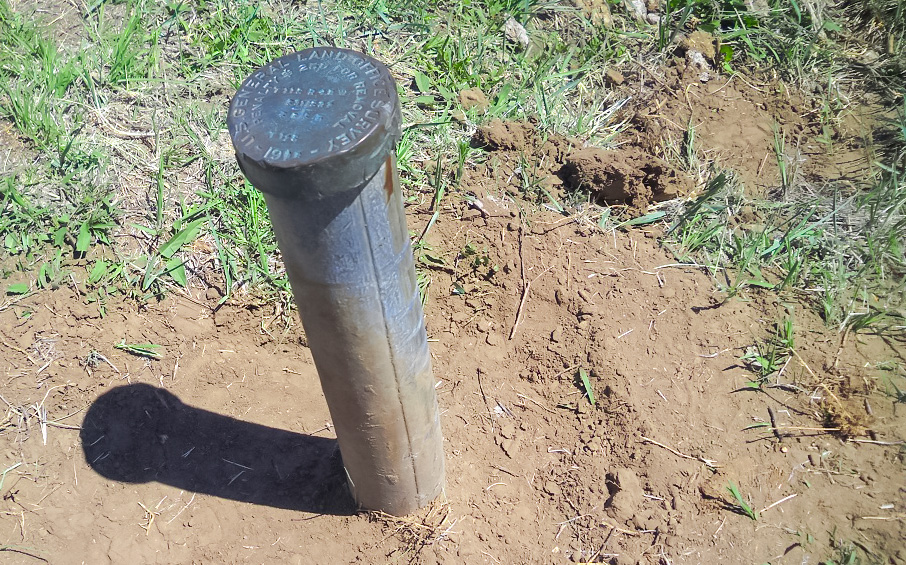 The section corners represent the cornerstones from which the rest of the ALTA survey is built. Once they have been set, we turn to the task of locating all utilities – powerlines, waterlines, fossil fuel pipelines, buildings, irrigation systems, drain tiles, and all relevant items within the project area.

These historical research skills proved invaluable on the Rush Creek Wind Project in Colorado, where 300 turbines generate up to 600-megawatts of energy for Xcel Energy. Our surveyors located numerous section corners across the 95,000-acre project site dating to the 1880s. Our research even documented that some current landowners in the project area are descendants of the original land patent owners.

To walk in the footsteps of the original government surveyors, and recover the evidence of their long-ago work, is very satisfying for those in the surveying profession.

Jai Andrist is a registered land surveyor and Survey team leader with Olsson. Reach Jai at 308.627.6339 or jandrist@olsson.com