Once construction barriers pop up along a busy street, complaints sometimes follow. But when the City of Lincoln, Nebraska, announced plans to improve Northwest 48th Street, nearby residents and business owners practically cheered.

To keep the good vibes rolling, the city turned to Olsson. We provided a full slate of design services and an extensive public engagement campaign to help a key municipal partner complete the $20 million project.

“I think the way we approached and included the public really made citizens feel like this was their project,” Erika said. “Olsson really showed good ownership of what they did, and it led to a lot of success.” 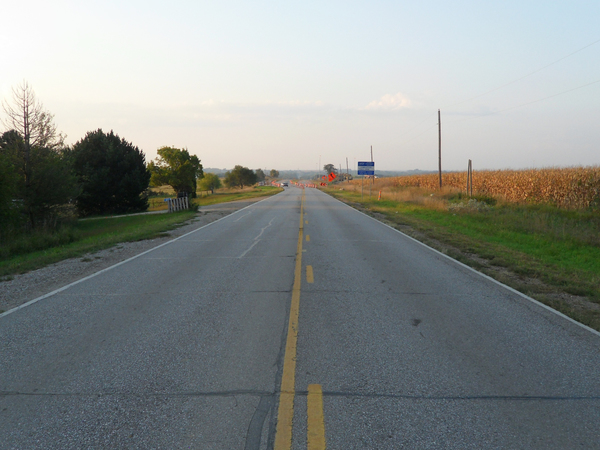 Located in the historic Arnold Heights neighborhood, the two-lane asphalt thoroughfare was nearing the end of its useful life when the city began planning for improvements. And with traffic counts of 11,000 vehicles per day, squeezing onto the backlogged Northwest 48th Street at rush hour caused frustration for many who lived and worked in the area.

City officials ranked public communication as a top priority from the beginning. We built a project website, created a Twitter account, and organized four public meetings, which were very well attended.  We drew up several street alignment options to be reviewed at the gatherings, which were very well-attended. We learned at those meetings that folks in Arnold Heights were more than ready for smoother pavement and better traffic flow.

Community input factored into the final design, which replaced the asphalt road surface with concrete in a multi-lane, divided configuration. Some of our services included civil and structural engineering, geotechnical testing, drilling, surveying, environmental planning, and traffic management. 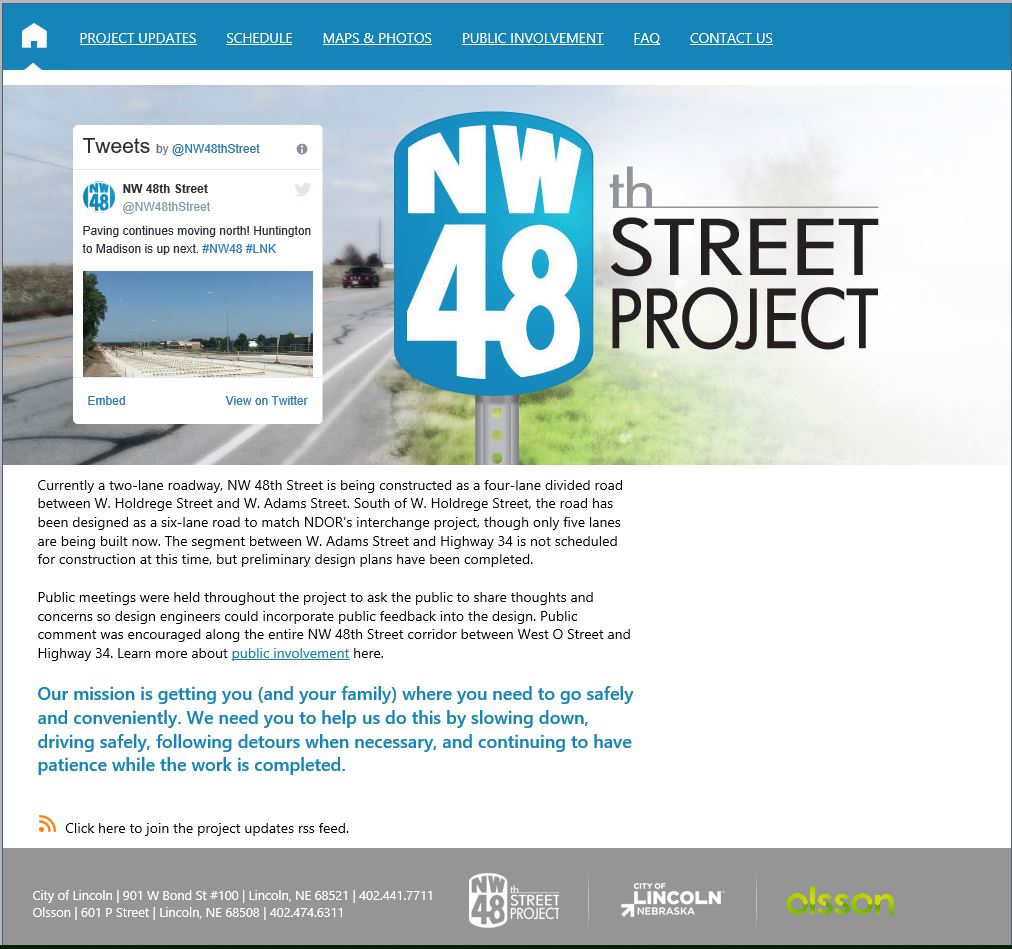 Another unique aspect of the project involved the environmental review. Although the city derived funding from local sources, the Federal Highway Administration required an environmental assessment (EA) because of the proximity of the project to an adjacent interchange project at Northwest 48th Street and I-80. Forethought by the city and the design team saved months of review time when the street project was added in the very late stages to the EA study limits.

That kind of forethought, combined with the public involvement campaign, helped to distinguish the project, said Ryan Kosola, who served as the project manager for Olsson. 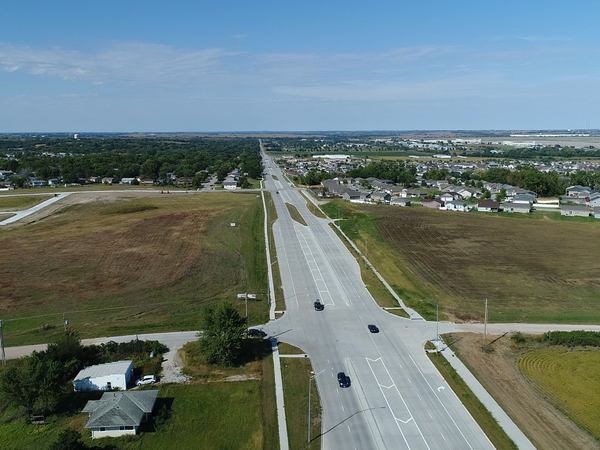 “We got the chance to talk to a lot of neighbors and stakeholders throughout the project and they were almost all very excited to see new construction along Northwest 48th Street,” Ryan said.

With no good options for detours, two lanes remained open for traffic throughout construction. Complaints were minimal. Motorists showed patience because city officials, with our help, built understanding before building a new street.