Olsson Earns a Governor's Thanks for Work on Flood-Damaged Bridge

Nebraska Gov. Pete Ricketts thanked Olsson on Thursday, Oct. 22, for contributing to a “feat of engineering” that restored the U.S. Highway 281 bridge rendered unusable by catastrophic flooding in March 2019.

On a cold, wet, and windy afternoon reminiscent of weather that unleashed record flooding upon the state some 19 months ago, Ricketts and officials with Nebraska Department of Transportation gathered near the banks of the Niobrara River to celebrate the new bridge’s official opening. For motorists who travel the route regularly, the project’s completion brings an end to more than a year of using a temporary single-lane bridge to cross the river.

The governor said completing the project on such a tight time frame required incredible coordination combined with a lot of hard work. After flooding damaged the bridge and obliterated 1,000 feet of pavement leading to its south approach, Olsson engaged in an all-out, multi-team effort to complete preliminary engineering designs for the new permanent bridge, the temporary bridge, and the new approach in only 27 days. 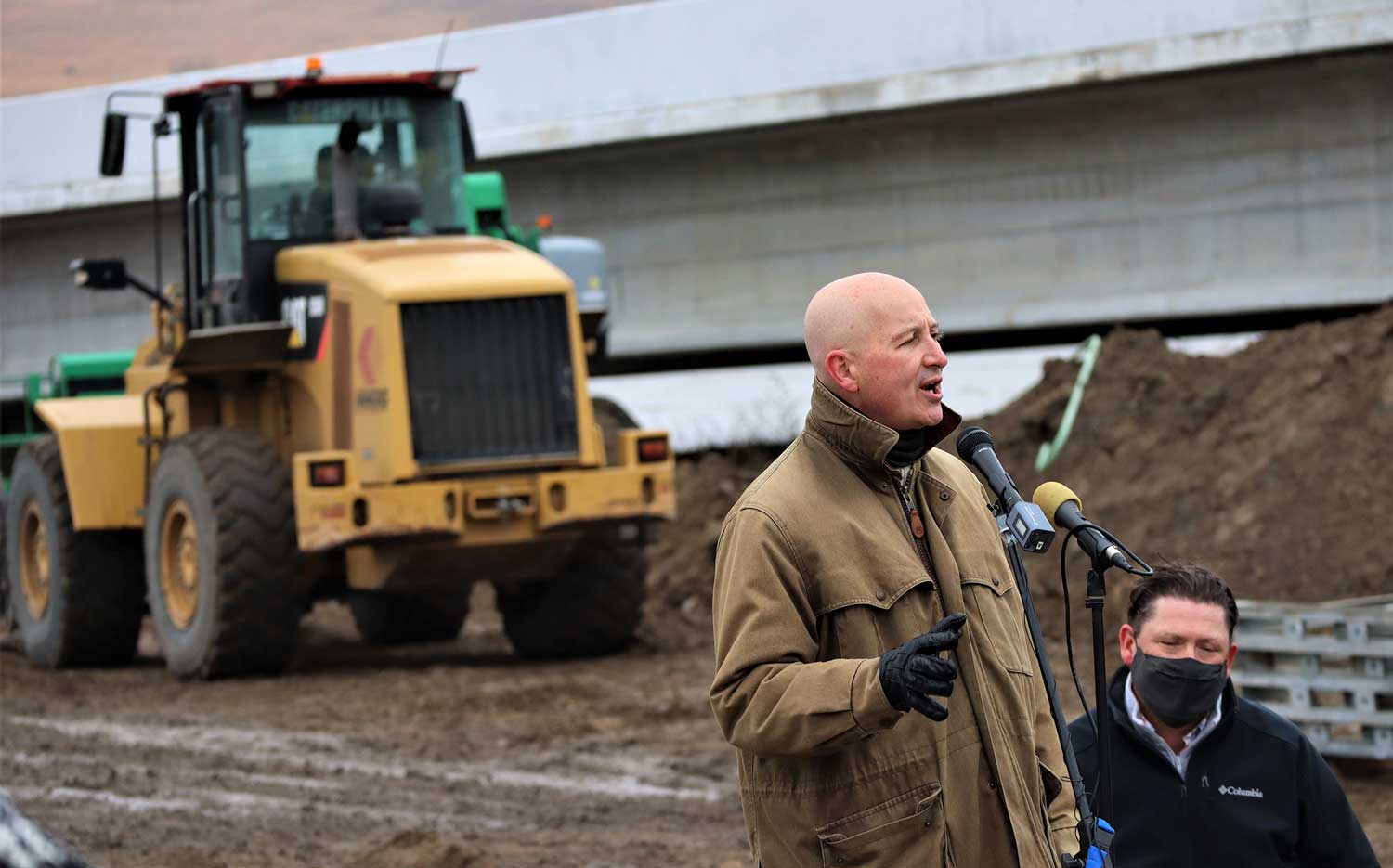 “People at the Department of Transportation were working around the clock, people at Olsson were working around the clock … to come up with these solutions,” Rickett said to an audience made of up community leaders and local residents. The governor made a point of thanking crews and supervisors from Hawkins Construction, the project’s general contractor, who also attended the dedication.

“It was an incredible feat of engineering and construction that everybody came together to make this happen,” the governor said of the $25.5 million project. “It really has been a testament to the partnerships in our state.”

Restoring the major transportation route was essential to the economy of north central Nebraska. The bridge closure forced some motorists to take detours as long as 127 miles, adding two hours to trips that formerly took only minutes, said Derek Bentz, chairman of the village board in nearby Spencer.

“We still have some work to do, but the completion of this bridge, especially as harvest moves into full swing, goes a long way to helping us get back to normal,” he said. 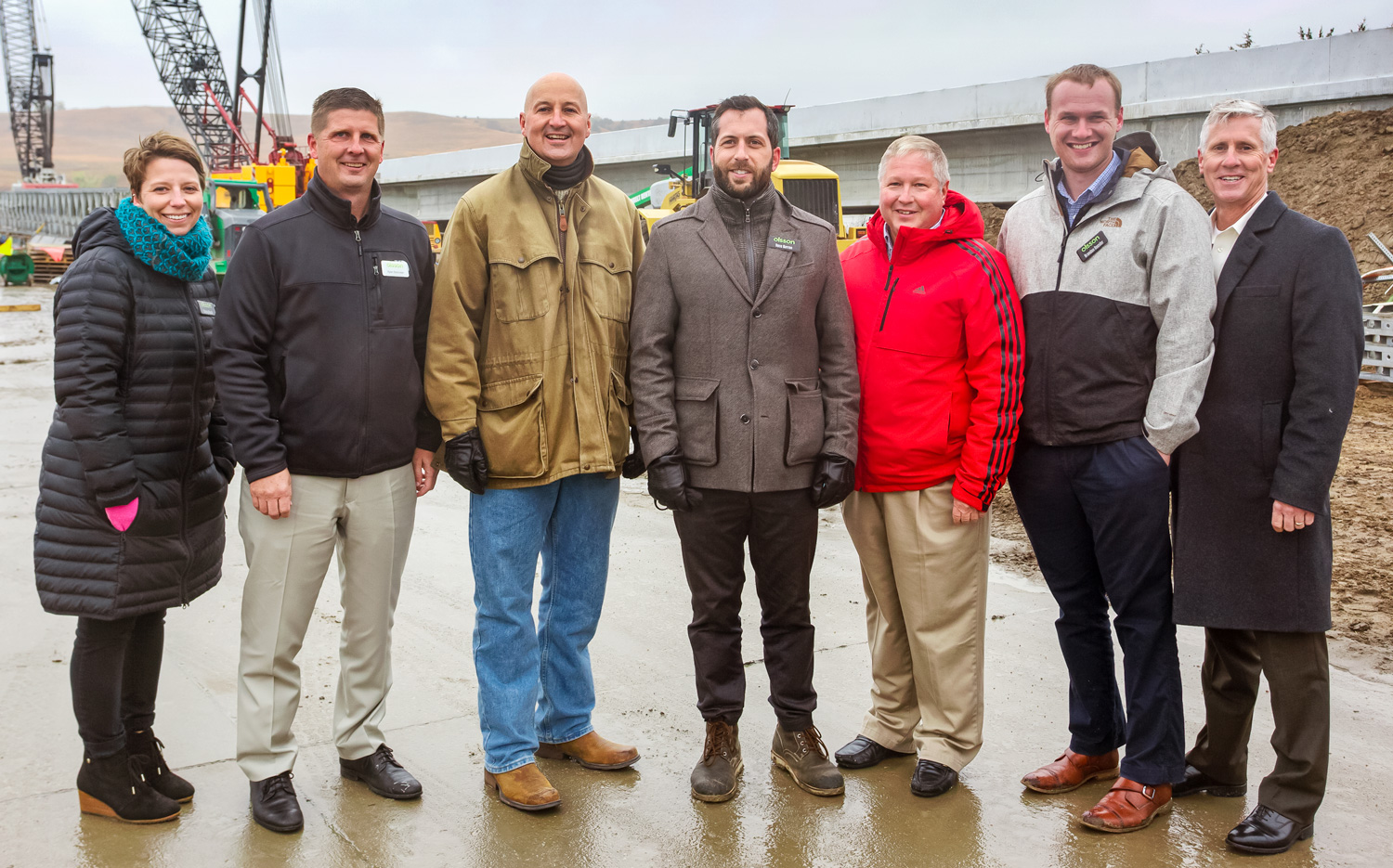 Olsson is a nationally recognized engineering firm made up of people who craft expert solutions and designs that improve communities. The firm offers consulting services in planning and design, engineering, field services, environmental and technology. For more information, go to www.olsson.com.