Community Airport Runway 'Wouldn't Have Been Done Without Olsson'

Many communities market their unique qualities in economic development and tourism campaigns. But when Auburn found itself as the only Nebraska city of at least 3,000 people without a paved airport runway, it was hardly a mark of distinction.

Certain classes of aircraft require pavement for landings and take-offs, so leaders in Auburn grew increasingly concerned that the 3,400-foot turf strip at Farington Field could limit the community’s development efforts. For more than three decades, however, attempts to harness the funding and expertise needed to improve the runway hit nothing but turbulence.

Everything changed starting in 2008 when the Auburn Airport Authority enlisted the aviation experts at Olsson. And in late 2016, the community hosted a ribbon cutting to celebrate the award-winning $3 million improvements to runway 16/34.

“Olsson was there every step of the way,” said Kendall Neiman, the airport authority’s secretary and manager. “Their whole team was great to work with, they really had our backs on this project.”

Auburn officials invested about $250,000 in local funds on the project. Other partners included the State of Nebraska and the Nebraska Public Power District (NPPD).

Olsson provided design services, an environmental assessment, a wetland delineation, and a floodplain study. The firm also obtained a U.S. Army Corps of Engineers permit for land grading, and it completed a geographic information system survey so the airport could upgrade its aircraft instrument approach capabilities.

The project paid dividends before the first cubic yard of concrete was poured when NPPD offered to help extend the runway by 350 feet to accommodate the district’s plane. NPPD officials seized the opportunity to establish quicker access to the nearby Cooper Nuclear Station in Brownville, where a shutdown could easily cost hundreds of thousands of dollars per day.

Olsson supervised construction not only of the 3,750-foot-by-60-foot runway, but also of a taxiway and turnaround. In addition, the firm oversaw installation of energy-efficient LED lighting. 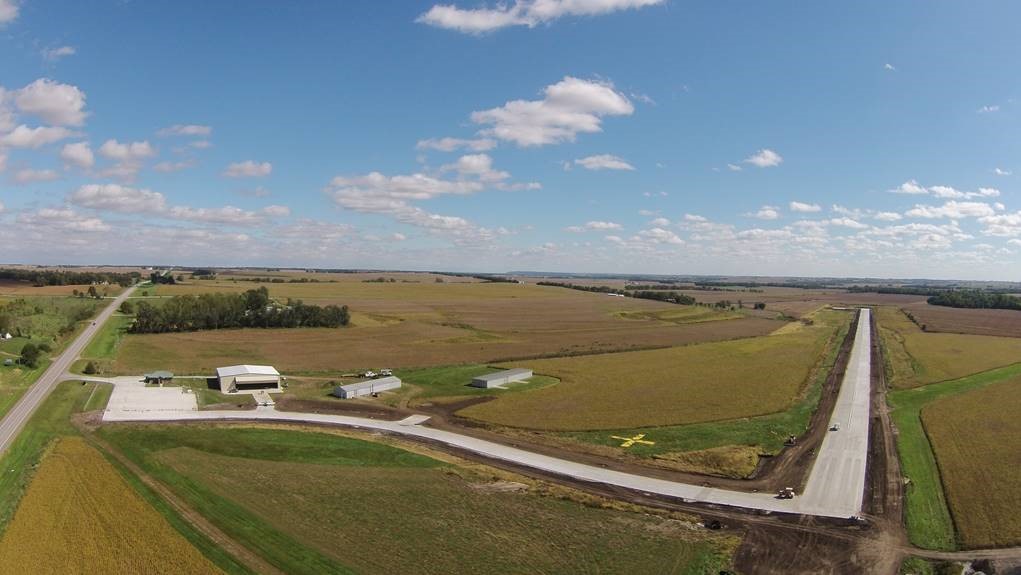 Olsson’s earlier work with the Auburn airport included designing both a new terminal building and a 100-foot-by-80-foot storage hangar. The firm also assisted with land acquisition.

“I like seeing what I design get built,” said Marek. “That’s kind of the fun part. I think that’s true for everybody.”

For Kendall, who is also a private pilot, seeing aircraft use the greatly enhanced runway has provided the payoff for years of persistence.

“It’s a facility that will serve this community for years to come, and it really wouldn’t have been done without the resources that Olsson brought to the table,” he said.

The new runway won recognition from the Nebraska Concrete Paving Association as the best airport project and was honored as “Project of the Year” by the Nebraska Department of Aeronautics.

Those are the kinds of distinctions both Auburn and Olsson can feel good about.