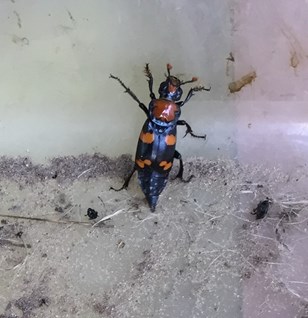 “The new guidance has the potential to extend the trapping season based on three nights at a certain temperature as opposed to one,” said Buck Ray, project scientist and Section 10 permitted biologist.

Managing the impacts of ABB on proposed and active development projects takes careful planning, and execution, along with expertise. Olsson’s environmental scientists can perform surveys within a project area to assess the species presence and abundance, and the distribution of the beetles’ preferred habitat. 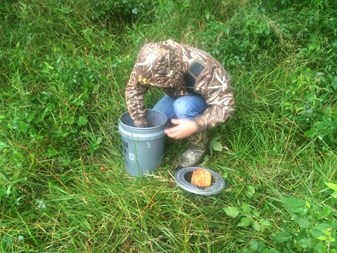 Olsson’s scientists have completed ABB surveys for multiple project types, including petroleum and renewable developments, and are ready to assist clients in executing the appropriate survey protocol for their projects based on the new wide-range guidance.

The American Burying Beetle has been listed as endangered since 1989. According to the USFWS, the beetle formerly appeared all over the U.S., but is now only known to appear in a handful of states.

For more information, please contact Buck Ray at 405.242.6606 or bray@olssonassociates.com.