The project pursuit looked like the kind of longshot story they just love in Hollywood.

The Arizona Department of Transportation (ADOT) was seeking five engineering consultants to design new segments of the SR303L freeway in the Phoenix Metro through a single procurement. The multi-select request for proposal attracted submittals from some of the largest engineering companies in the nation. Premier Engineering Corporation, a single-office, 40-employee firm in Chandler, Arizona, was most likely the smallest – and unquestionably the only disadvantaged business enterprise (DBE) – in the pursuit.

Yet Premier ended up on top. Pop the corks and cue the theme song to “Rocky.”

“Definitely, it was a big deal,” said Chidambaram “CG” Gnanasambanthan, the firm’s founder and president. “We gathered everyone, including our subconsultants, in the conference room and celebrated in style! My professional goal and dream of winning a major ADOT urban freeway project as a prime had become a reality.” 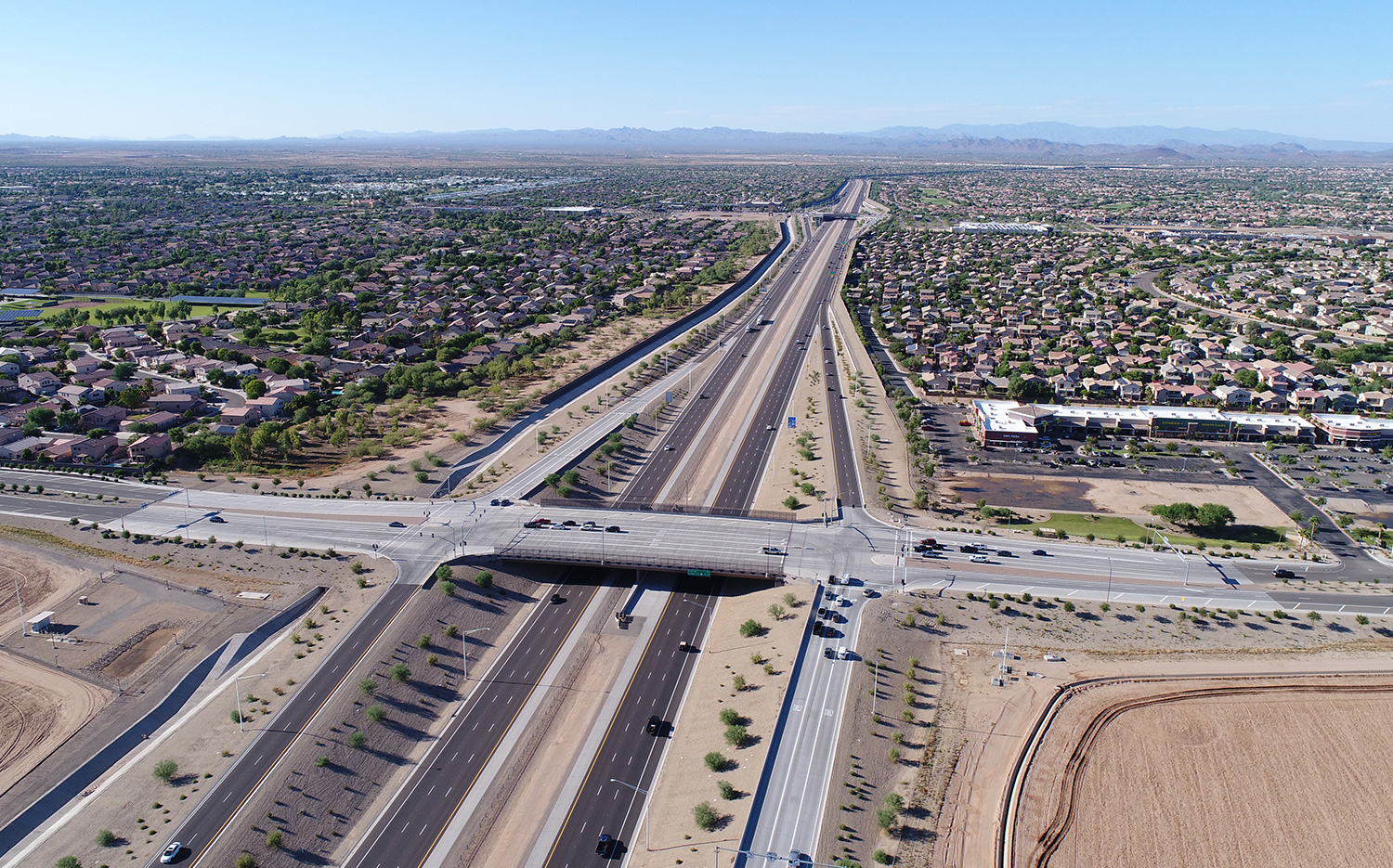 Under ADOT’s procurement policies, Premier got the first choice of the five design segments. The firm selected the northern segment, which consisted of a 3.5-mile stretch of six-lane mainline roadway, two traffic interchanges including a new bridge, retaining and sound walls, and on-site/off-site drainage. 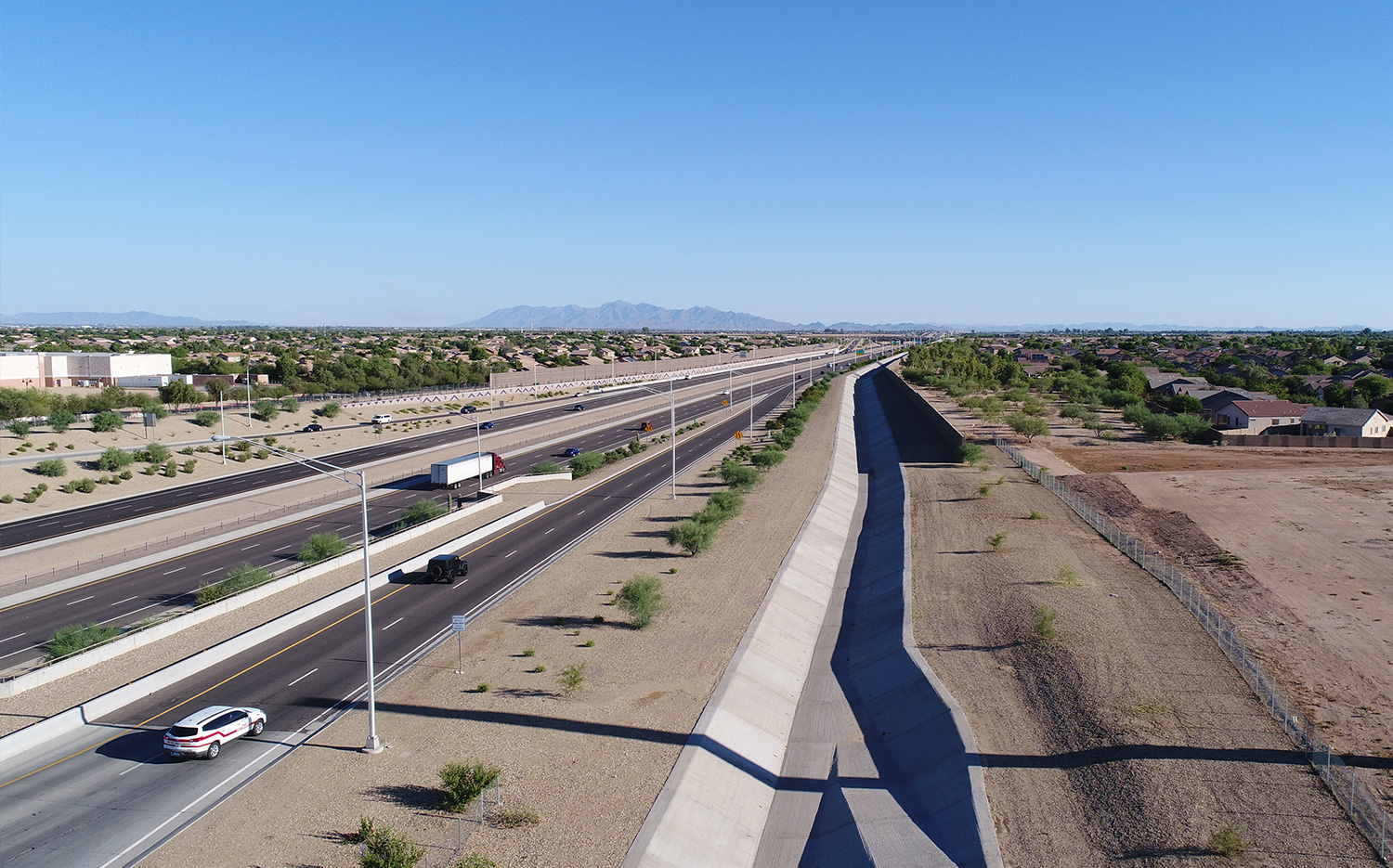 Premier’s negotiated fee of about $6.9 million included both design and post-design services. It was also the first time ADOT had used the construction manager at-risk delivery method for a federally funded project, requiring Premier to coordinate with the lead contractor to bring the approximately $75-million project to completion on time and under budget. 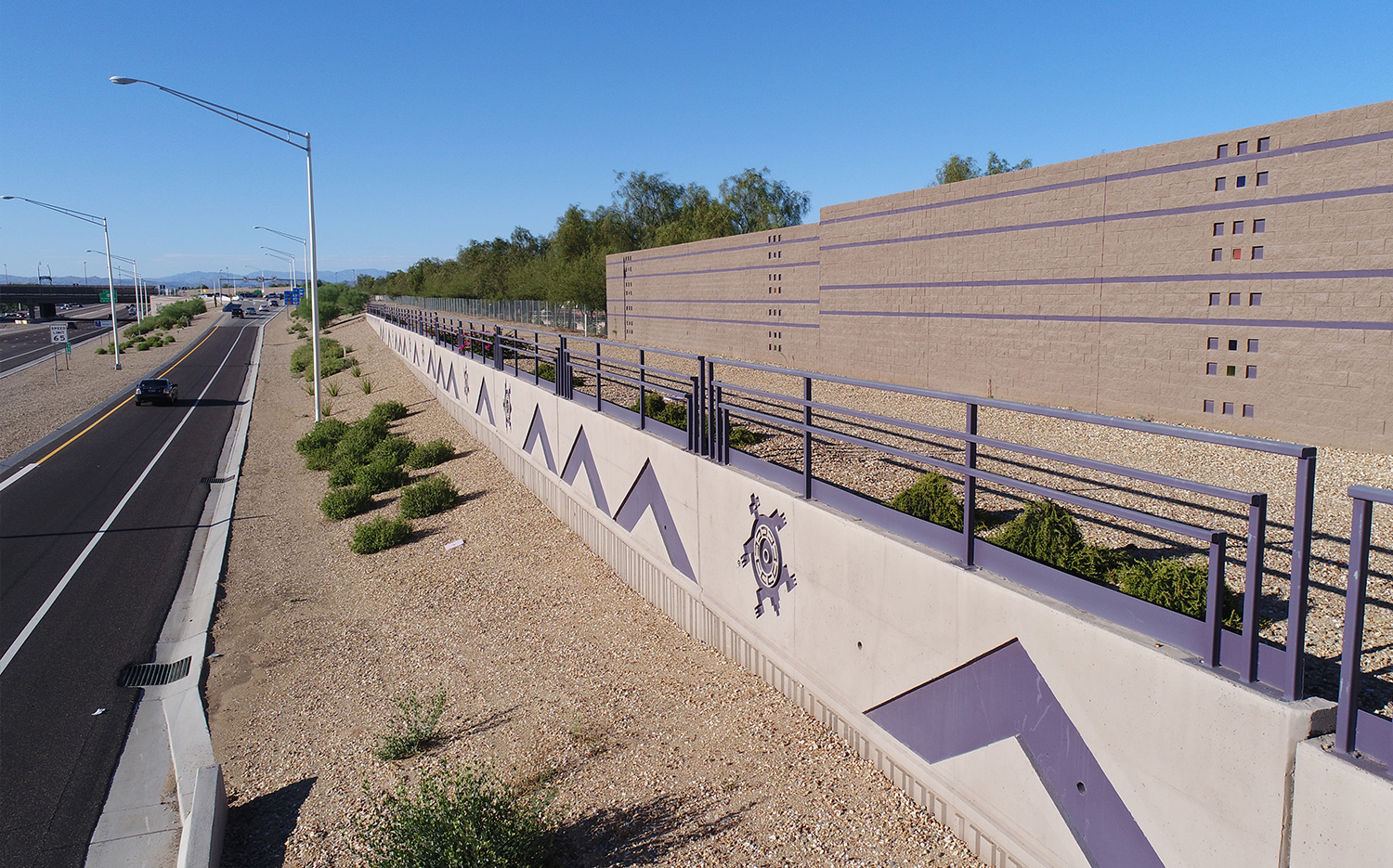 The motifs adorning the retaining walls are inspired by indigenous artwork from the region and the glass block patterns on the sound wall were incorporated at the request of the City of Surprise.

The firm’s determination and willingness to pursue dream projects meshed perfectly with Olsson’s business philosophy, which paved the way for our acquisition of Premier in March 2021.

“I was curious as to whether I could measure up to the challenge of making my start-up company successful,” he said. “My goal was to create a multidisciplinary engineering firm that provided a family-like environment for the employees and was respected by clients and peers for its top-notch services.”

CG credited Fadi Jalaghi, a principal at Premier, for being a pillar of strength during the most daunting periods of their 23-year professional journey as partners. With help from Premier department managers Kim (Boyd) Wheeler, Matt Tsark, Shameem Dewan, Chuck Christiansen, and Carole Cerwinske, the firm achieved the growth, success, and culture that had been CG’s goal. The growth allowed the firm to diversify its service offerings to include transportation, water/wastewater, drainage/flood control, geotechnical, aviation, land development, and survey.

Like at Olsson, the professionals at Premier want to make a lasting impact on communities. The Camelback Road pedestrian underpass not only improved a key intersection in the acclaimed Biltmore financial district of Phoenix, but it has also very likely saved lives. 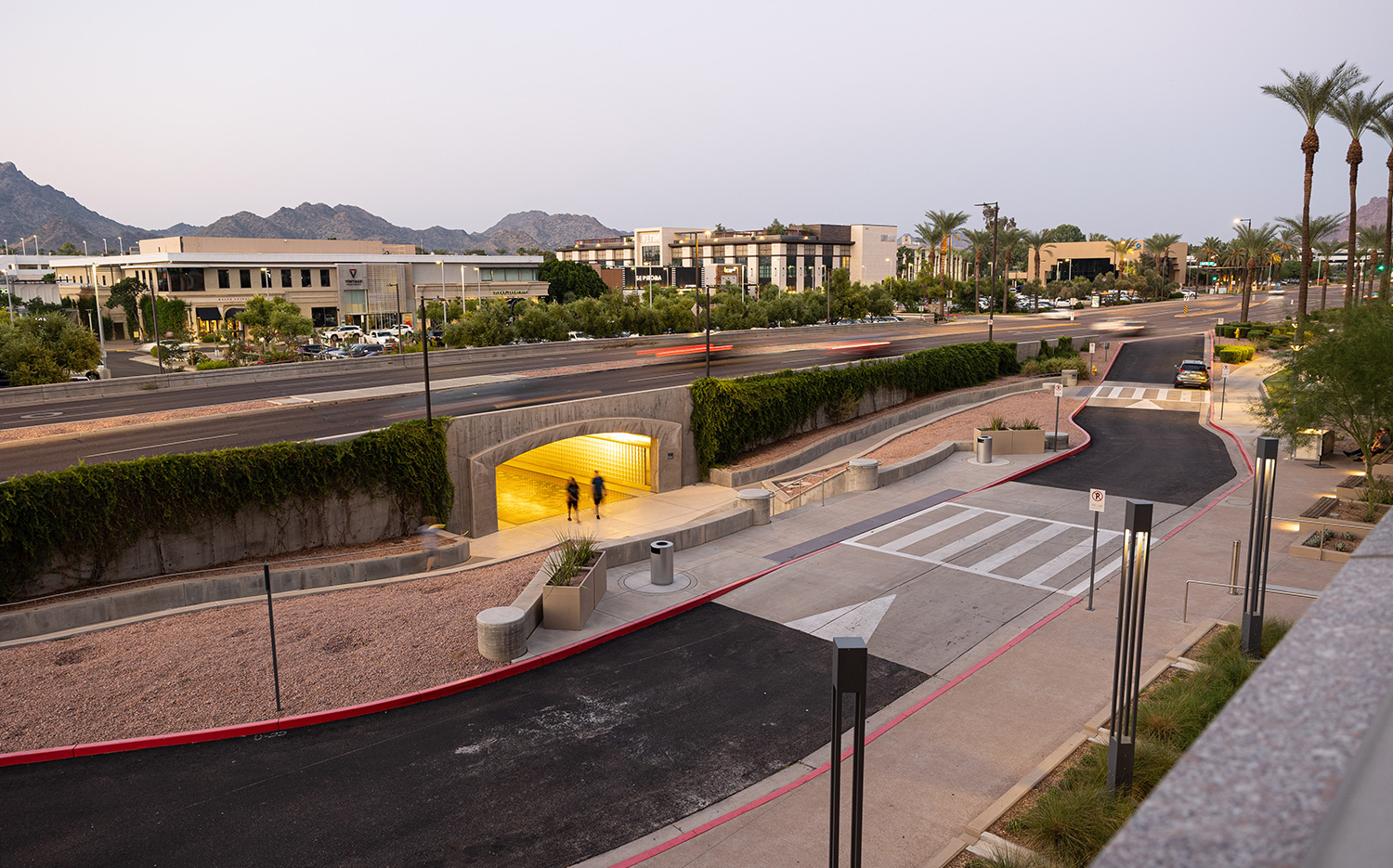 Premier's execution of the Camelback Road Pedestrian Underpass in Phoenix turned skeptics into supporters with an innovative approach that “raises the bar for public works design,” according to a client representative.

The City of Phoenix needed to create a safe passage in the wake of several pedestrian fatalities at the busy intersection of Camelback Road and 24th Street. Nearby businesses and residents strongly opposed a pedestrian bridge, but they also were skeptical of an underpass because of security challenges and myriad underground utilities at the location. 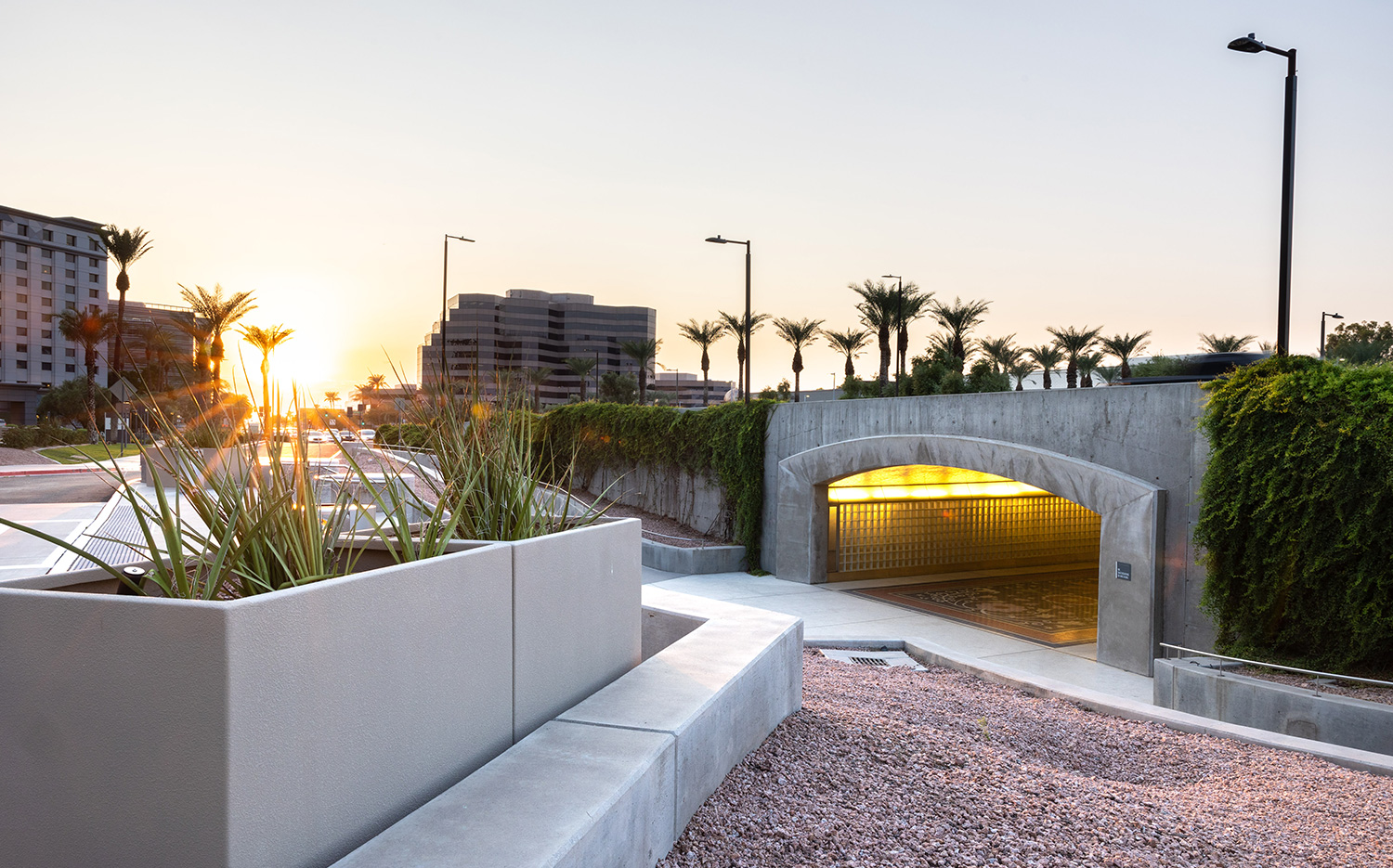 The Camelback Road Pedestrian Underpass provides a signature public infrastructure asset for the City of Phoenix.

Premier turned skeptics into supporters. The firm’s innovative design raised the vertical profile of the street by only 6 feet at mid-block to match the existing grades at the nearby intersections. This minimized right-of-way requirements, the need to relocate existing utilities (including a fiber-optic network that served the district’s financial institutions and office complexes) and disruption of an arterial used by an average of 90,000 vehicles daily. It also allowed for a wide, shallow undercrossing that permitted safe, open sight lines for pedestrians. Terrazzo flooring, innovative lighting, architectural accents, and accessible entrances erased any concern that the underpass would somehow detract from the value of the district. 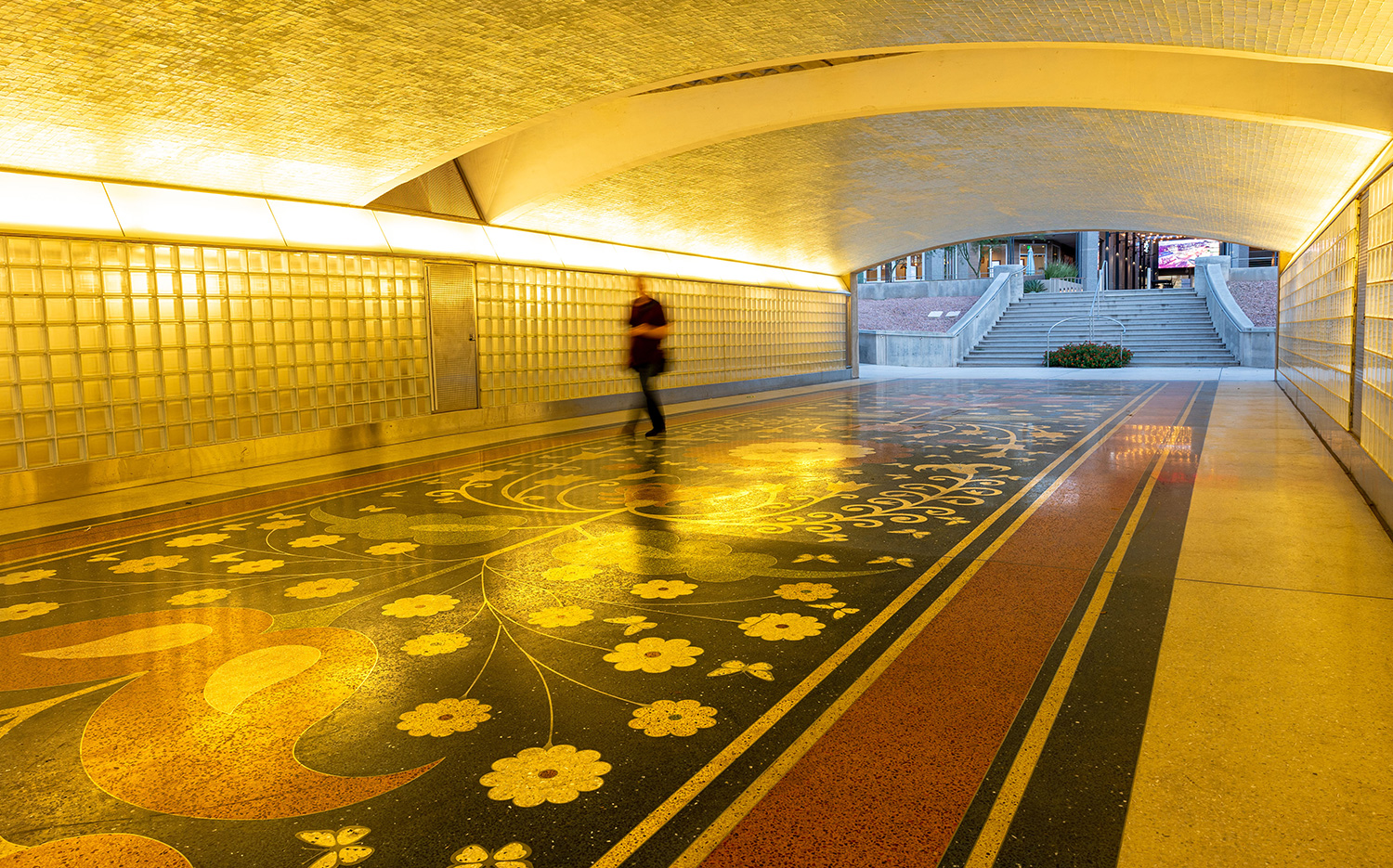 The project won 13 local and national awards and the accolades of elected officials, civic leaders, business owners, and residents.

“The Premier team was very responsive to the project’s needs throughout pre-design, design, and construction phases,” said Mark Glock, a deputy director of the Phoenix Street Transportation Department. “Their effort … raises the bar for public works design and construction projects.” 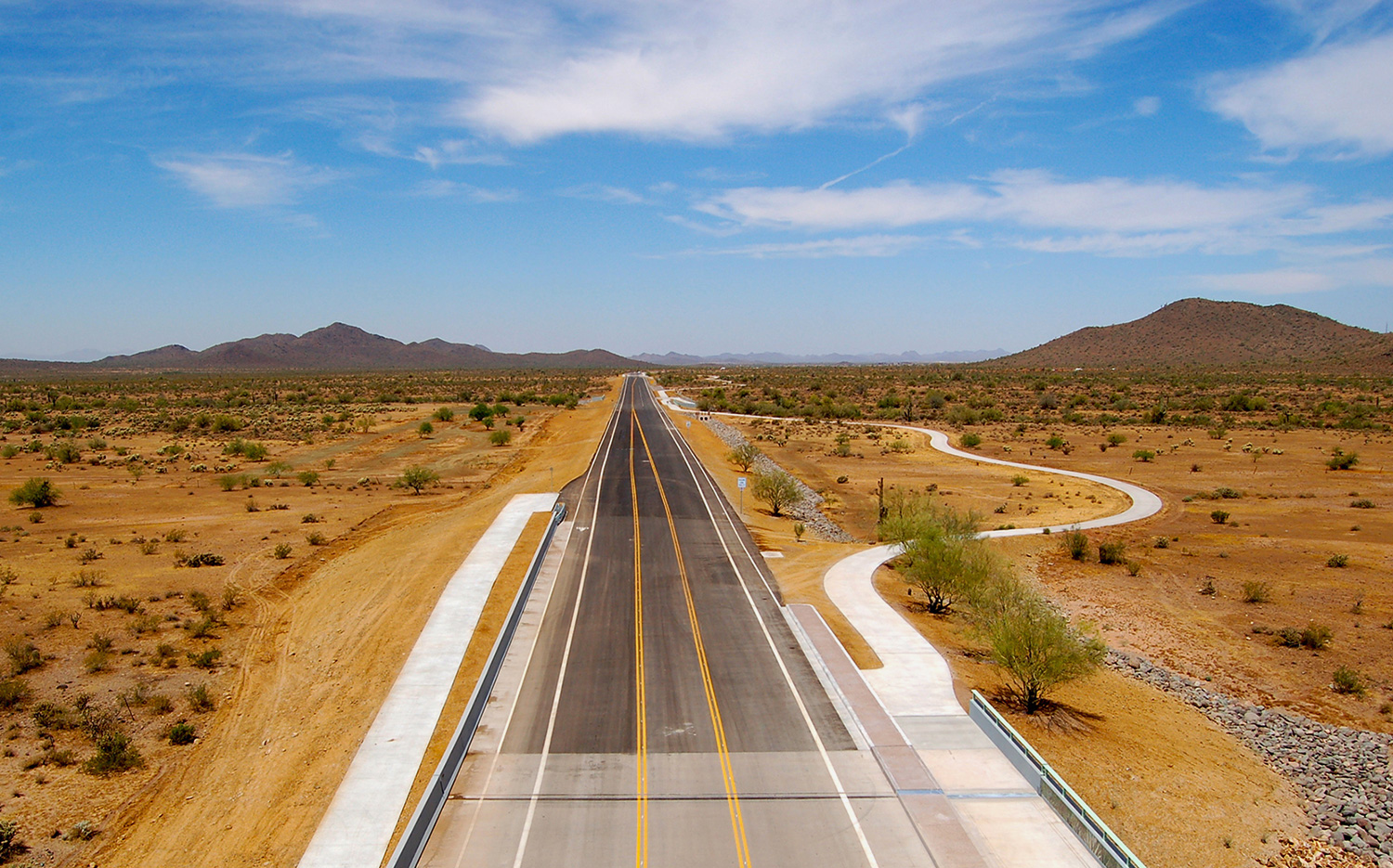 Premier’s role as lead design consultant for the Sonoran Boulevard project resulted in a 6.86-mile east-west arterial in northeast Phoenix with a shared-use path for pedestrian use.

Another standout project for the City of Phoenix is Sonoran Boulevard, which brought to fruition a 6.86-mile arterial that had been proposed more than two decades earlier. Initially the city planned to hire three consultants to independently design a separate stretch of the roadway, but officials ultimately chose Premier to serve as the lead consultant. The firm developed 40-percent level plans for the entire roadway and the final design of the central segment, which included all three vehicular bridges. 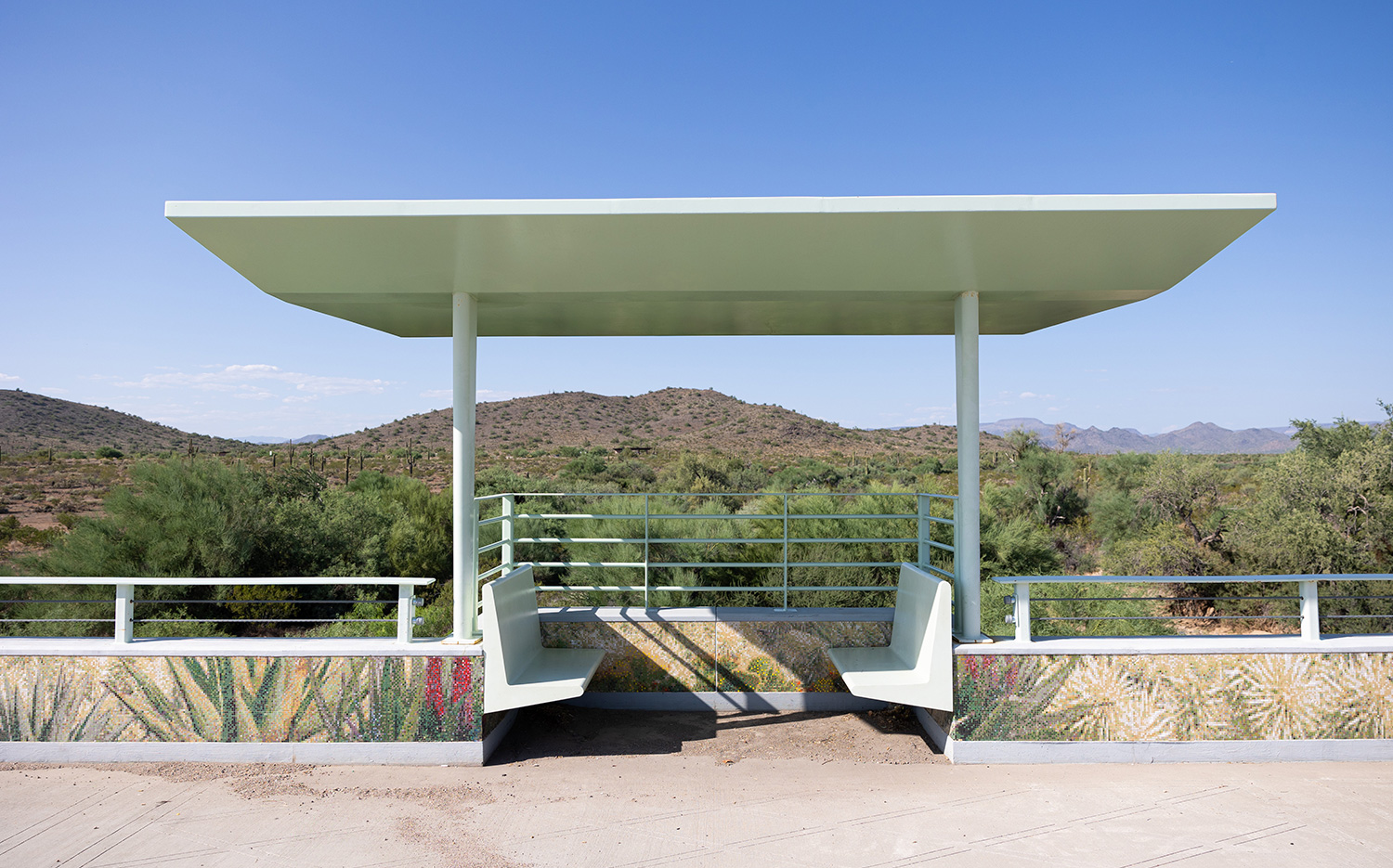 Using innovative design and construction approaches, Premier was able to help the city complete a $60-million project on a $45-million budget. Additional cost savings allowed for significant overall improvement of the project, including underground powerlines to preserve the desert viewshed and a 5-mile multimodal shared-use path complete with public artwork, shade shelters, and pedestrian bridges. 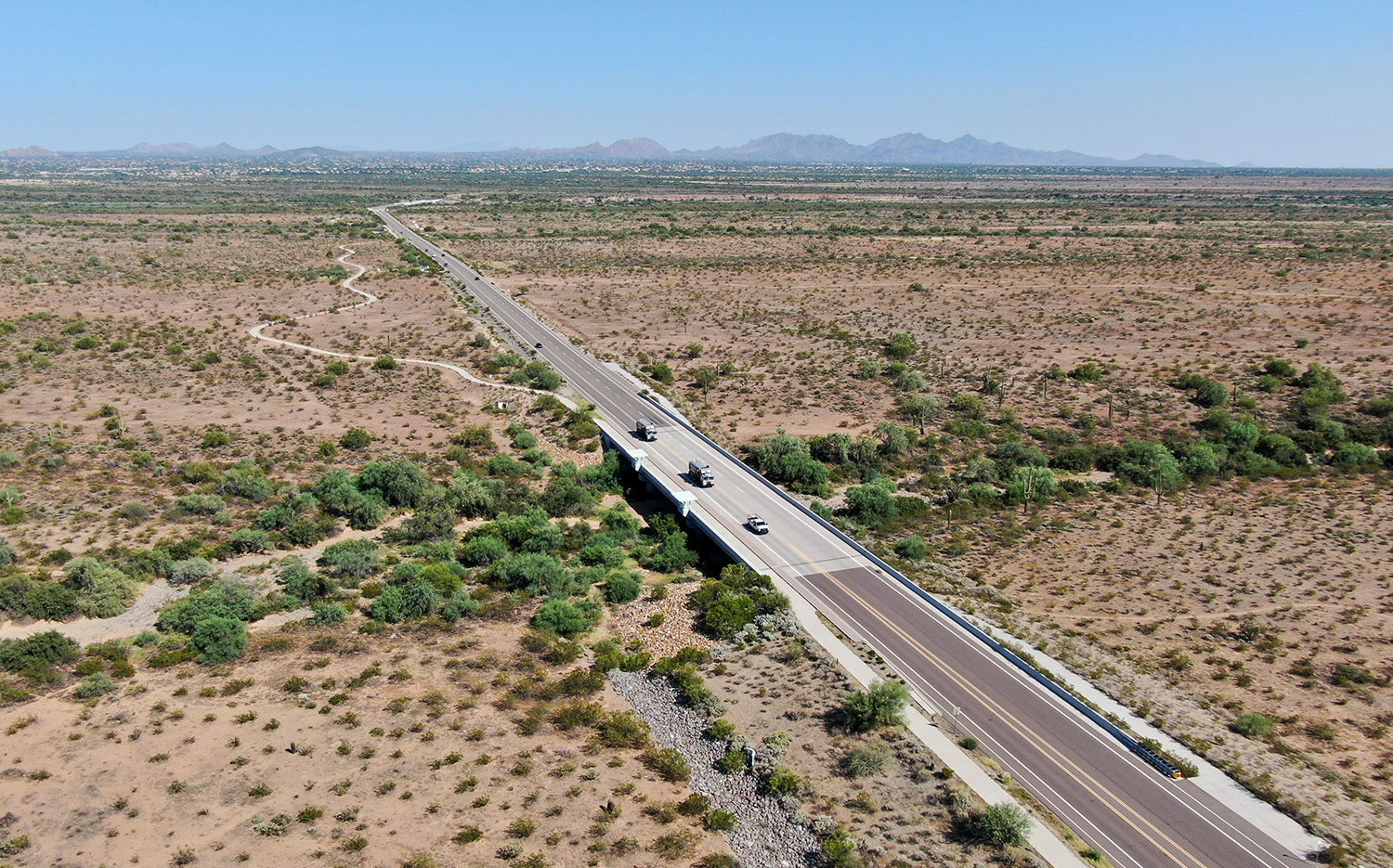 Sonoran Boulevard runs adjacent to the Sonoran Preserve in North Phoenix, blending the roadway design into the surrounding scenic landscape..

An award nomination by the city stated that Sonoran Boulevard “with its numerous value-added benefits for the region’s end-users and stakeholders, will remain the city’s most impressive transportation project for decades to come.” The American Public Works Association selected it as a national Public Works Transportation Project of the Year in the $25 million to $75 million division.

A drive to deliver outstanding projects using innovative thinking and approaches is a major reason Premier so consistently punched above its weight. And it’s why we are so pleased they are now in Olsson’s corner.