A New Chapter in a Community's Story

It was always about more than books.

True enough, the new public library in Crete, Nebraska, represented an opportunity to create a house of literacy that will last far into the future. But civic leaders also wanted the library to promote lifelong learning, inspire creativity and innovation, and function as a public shelter, all while fostering deeper unity among residents.

A project bursting with the purpose of strengthening one of our communities – of course Olsson wanted to be a part. 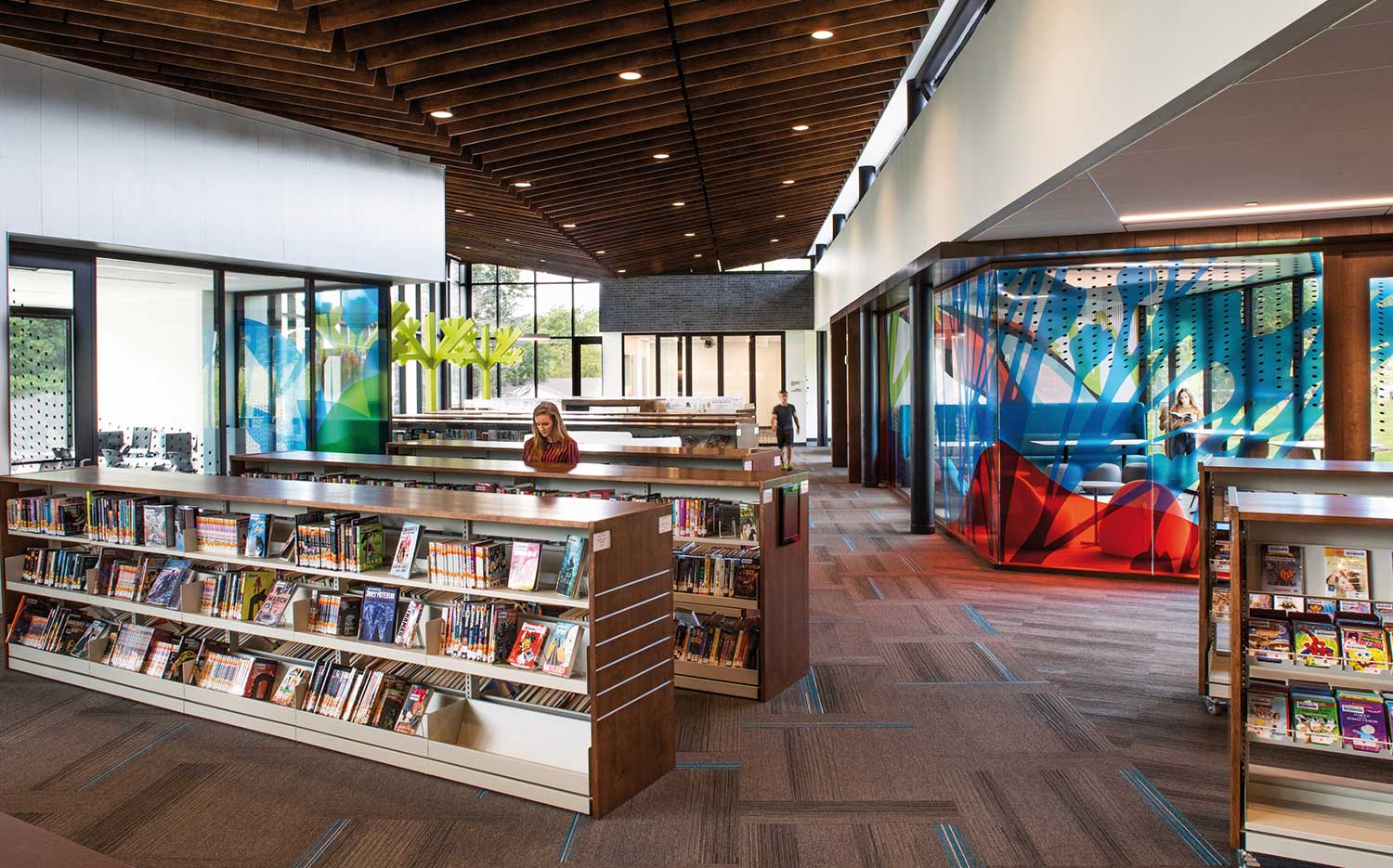 Crete’s former Carnegie library had done the job for decades but had reached its space limitations. So, in 2016, residents in the community of 7,000 approved a bond issue to build the town’s first new library in more than a century. Funding for the $7.4 million project included nearly $3 million from grants, corporate and individual donors, and the Friends of the Crete Library.

The land parcel chosen for the site, occupied by a former hospital, presented challenges because it was steeply sloped with substantial drainage issues. Our design called for significant excavation and grading work and the incorporation of several retaining walls to make the site compliant with the Americans with Disabilities Act (ADA), according to Tyler Paulsen, associate engineer with Olsson’s General Civil team. It also involved a lot of coordination with the general contractor, Sampson Construction, and an outside landscape architect.

“You have to put every sidewalk and ramp under a 5 percent slope to make it ADA accessible,” Tyler said. “We made it work, but it was definitely a challenge.” 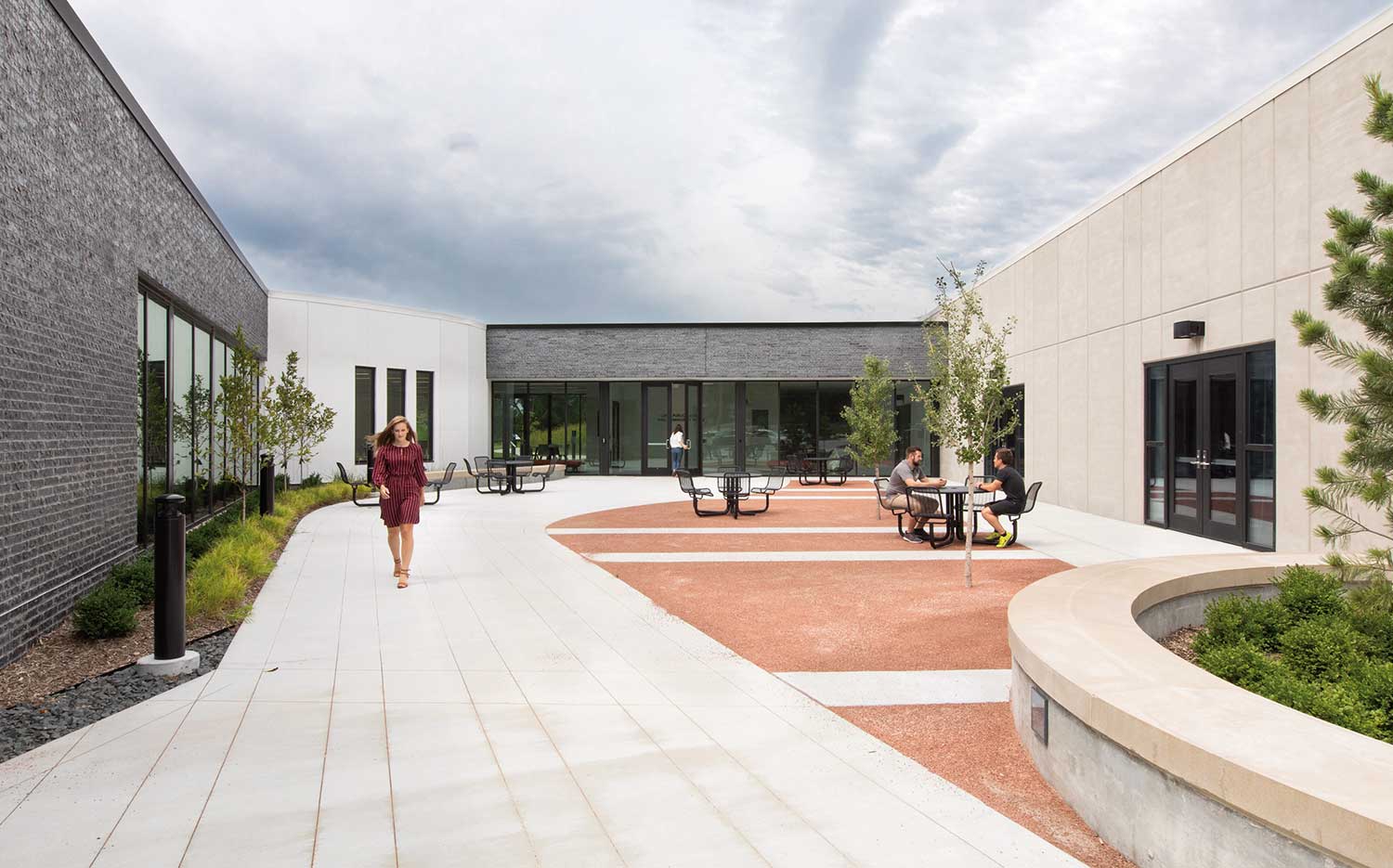 We oversaw demolition of the old hospital building and related utilities. At the same time, we helped manage installation of new water, sanitary sewer, storm sewer, and electrical utilities along with the new pavement. Olsson also coordinated with our colleagues responsible for the adjacent street improvements to ensure a seamless mesh of the two projects.

While the site work was underway, our Structural team met regularly with the architects at BVH to help create a building where residents would feel comfortable, safe, and inspired.

An overall design aspiration sought to link the new library to Crete’s urban forest, mimicking the maple canopy in the library’s structure and ceiling to evoke a sense of shelter while connecting to the community’s origin and legacy. This required pushing the building frame outward so the space would be more open. Because the site’s grading did not support wider set columns, Alexa creatively employed a pier foundation system to achieve the desired openness in the building’s canopy. 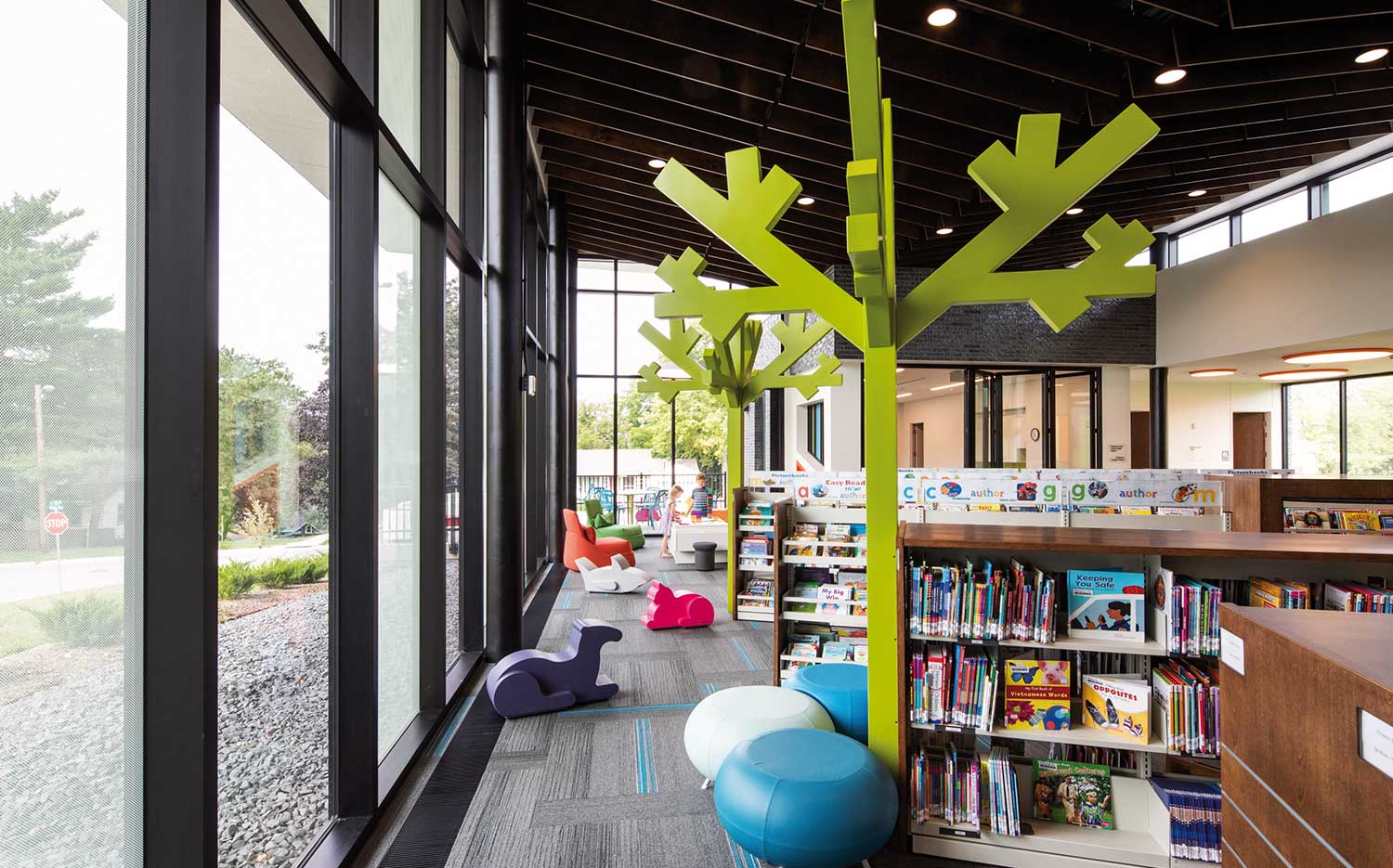 Other major components of the project include a makers’ space and a Federal Emergency Management Agency-rated shelter designed to withstand winds of up to 250 mph. Bringing everything together required close collaboration between all engineering teams, which was infinitely more efficient because they were in-house.

“To be able to walk to the desk of the electrical and mechanical engineers and exchange ideas really helps us come up with the best solutions,” Alexa said.

The project was completed on time and on budget. The new library opened in January, and after a period of closure because of the pandemic, it’s now serving the residents of the community with a unique combination of form and function.

And just like a really good book is more than words on a page, the Crete Public Library is much more than a beautiful building. 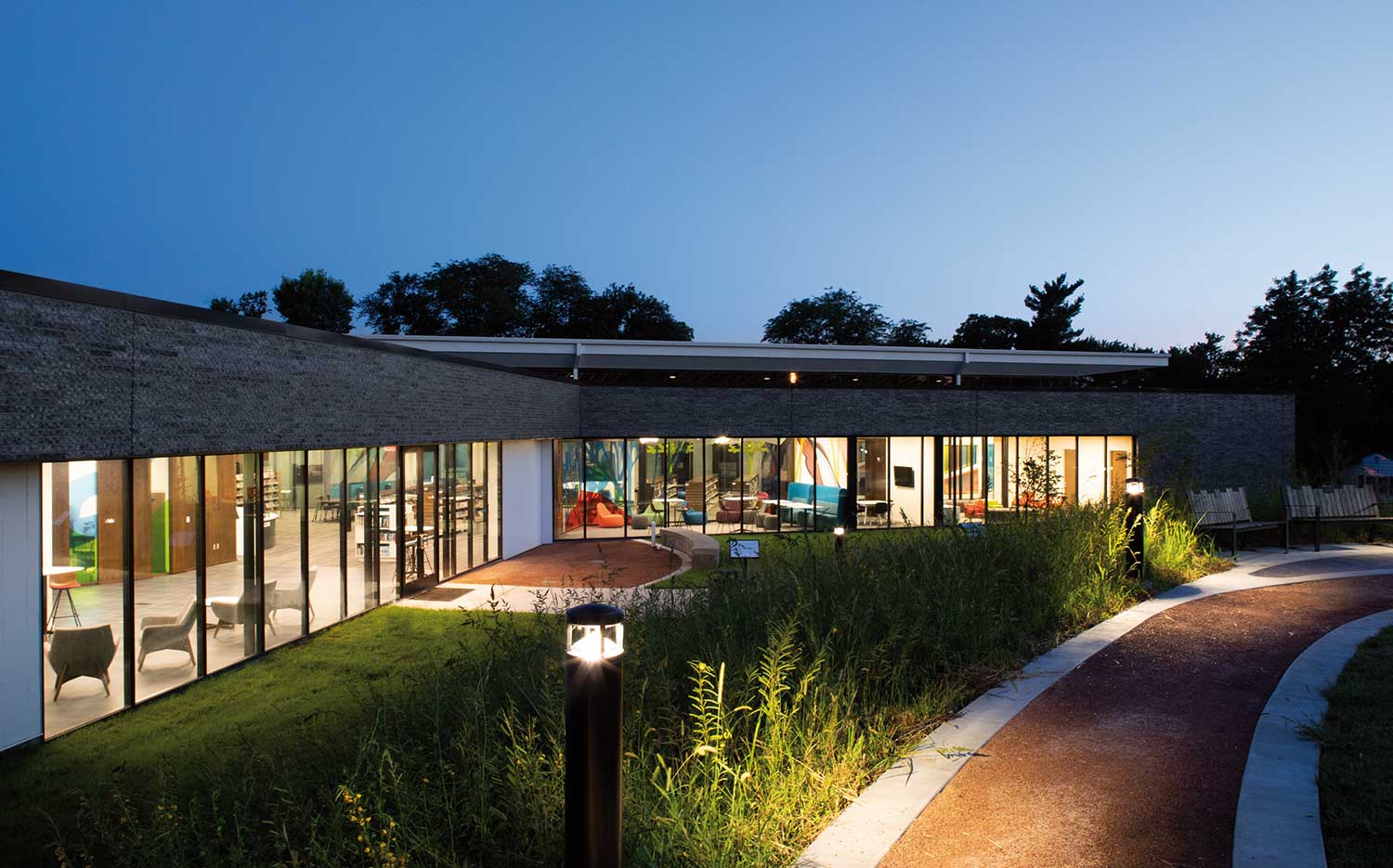