In 2012, officials from the Village of Utica discovered a hole in the casing of one of their main water wells. They hired Olsson to consider options to repair or replace the well and to complete a study of the village’s water system to identify ways to improve it.

Our team, together with input from village representatives, discovered deeper issues. Utica’s water system included an iron and manganese water treatment facility. The distribution system included a large percentage of unlined cast iron water mains, and customers were detecting the elements at the tap. Based on our recommendations, and as part of its long-term plan, the village decided to replace the well and water distribution system. They submitted a needs survey and later a funding application to the Drinking Water State Revolving Fund (DWSRF) for funding consideration. Ultimately, DWSRF chose to fund Utica’s project.

Our design for the water treatment system included the replacement of components within the treatment facility while providing a facelift to the structure. The goal was to use and maximize the existing treatment space. We replaced the water treatment equipment and included a cover to minimize corrosion within the building. We recommended installation of automated valves; replaced face piping and controls; made improvements to the chemical feed system; added a chlorine analyzer, variable frequency drives (VFDs) for the high service and backwash pumps, and backwash air blowers; replaced the laboratory area; and added flow meters to reduce the amount of labor needed to operate the facility. This automation of the treatment system resulted in greater treatment optimization.

Backwash use and discharge were addressed by adding a 20,000-gallon underground recovery tank. Discharge piping to the storm sewer and the discharge permit were eliminated. Approximately 75 percent of the backwash water is now recycled back through the water treatment process. The remaining waste is discharged to the sanitary sewer.

Distribution system modifications included the replacement of nearly 26 blocks of water main. Nearly all of the cast iron water main in this location was replaced.

We performed construction administration and observation services throughout the project to ensure proper installation. 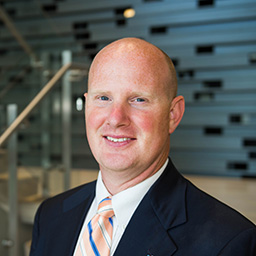