When University of Nebraska-Lincoln (UNL) officials saw the energy-savings impact a 2.9-million-gallon thermal energy storage (TES) tank had on its East Campus buildings, they decided to build a TES for the university’s larger City Campus.

The university’s original TES supplies chilled water to East Campus buildings for several hours a day during the hottest parts of summer. UNL hired a team of firms, that included ours, to build a much larger tank to supply chilled water for its buildings on the main campus.

The newly constructed City Campus cooling tank is an insulated steel and aluminum structure that has the capacity to hold 8.1 million gallons of chilled water in reserve to offset electrical costs during peak usage times in the summer. The tank could cut UNL’s energy costs by up to $900,000 annually.

We served as prime consultant of this $11.9 million second UNL TES project. Four other firms were involved in the design and construction of the tanks.

Designing the tank was simple; however, there were some complexities with the pipeline connecting the tank to UNL’s facilities. We had to secure approvals from the U.S. Army Corps of Engineers and the Lower Platte South Natural Resources District for the planned piping. In addition, the project required trenchless installation for piping underneath Antelope Creek, so our team designed bored crossings for two 36-inch chilled water main pipes.

As part of its responsibilities for the project, we provided geotechnical services; survey and mechanical design services for the building; automation and controls design; programming; construction phase services; and materials testing.

The project will likely have a long-term positive impact on UNL’s City Campus and on the tax payers of Lincoln through cost and energy savings because UNL’s new TES will allow Lincoln Electric System (LES) to have a more balanced power delivery profile. The new TES will also allow LES to delay or eliminate other electrical system or power generation projects, which saves money for the rate payers and the community. 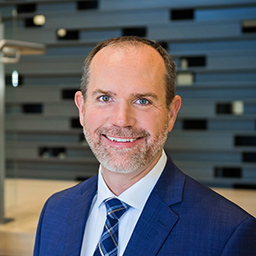