The aerial photo shows the H-frame transmission tower rising from the middle of the Platte River near Ashland, Nebraska.

The structure arrived in such a precarious location because of historic flooding in March 2019. The flood eroded several hundred feet of riverbank and bottom land, including ground where the tower once stood west of the river. High water also affected two other nearby towers operated by the Omaha Public Power District (OPPD), although both towers remained on dry land.

OPPD selected Olsson to design a solution to protect the foundations of all three towers from the next flood. The project came with a 16-week window for completion between the end of peak power demand and the start of the next potential flood season. That meant working through the heart of winter.

A reconnaissance airboat trip to the submerged tower revealed the current had scoured several feet of sediment from the structure’s concrete drilled-shaft foundations. A structural analysis also showed significant lateral loads on the towers generated by wind movement of the wires.

A water resources engineer at Olsson conducted a hydraulic analysis to understand how the river would affect the structure over time. And one of our project scientists assessed the regulatory parameters and devised a strategy for obtaining environmental permits.

Olsson’s project engineer had to account for wind, river current, seasonal ice jams, and flooding. The engineer’s solution called for driving sheet piling 40-feet down into the riverbed and backfilling the space between the pile and tower bases with granular material and grouted riprap.

Hawkins Construction executed our design and completed the construction project in challenging conditions before flood season arrived. OPPD’s transmission towers are now in a much stronger position to withstand whatever nature decides to unleash on the Platte River the next time. 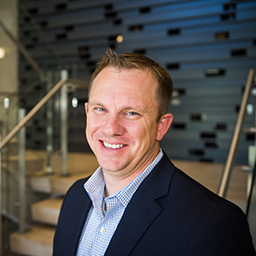