We were selected to provide engineering services for the City of Lincoln’s North 14th Street Final Design project. The two-mile project included widening 14th Street to four lanes north of Superior Street and constructing a multilane roundabout at Superior Street.

The project’s goal was to accommodate the area’s rapid residential and commercial growth by widening the roadway to help reduce the undesirable traffic delays. Superior Street is a major arterial roadway in north Lincoln with very high traffic volumes. Traffic models indicate that, by the year 2025, more than 5,600 vehicles will enter the intersection during the peak hour. With volumes this high, capacity becomes an issue with any type of intersection being considered.

The most recent crash study conducted by the City of Lincoln (2010 data) identified the intersection of 14th Street and Superior Street as the highest ranked Major/Major signalized intersection based on Equivalent Property Damage Only (EPDO) rate. Safety for drivers and pedestrians needed to be a forefront consideration when making decisions regarding control of the intersection. With a middle school located near this intersection, safety consideration became an even larger component.

The results of the study showed that the roundabout intersection for this particular case performed better from a capacity standpoint. It also cost less, and it provided safer intersection control when compared to the traditional, signalized intersection. The money saved with the roundabout option was put toward providing safer pedestrian facilities with this project. Two pedestrian underpasses and two signalized pedestrian crossings were also installed to assure that students at the nearby middle school had a safe route to school.

While the public had been exposed to roundabouts in Lincoln at a few other locations, this would be the first multilane roundabout at an intersection with high traffic volumes. We worked with the city to develop and manage a public involvement process to address concerns about this design. To counter negative publicity and incorrect information, the team developed a project website to educate the public on the costs and benefits of the roundabout design versus the typical signalized intersection.

The project team also participated in numerous public meetings to educate drivers, as well as the adjacent landowners, on the proper use of roundabouts and their safety benefits. Several one-on-one meetings and a focus group were also held to discuss specific areas of concern.

In addition, the team produced multiple marketing pieces touting the roundabout’s advantages; developed an educational handout explaining how to drive in a multilane roundabout; and even created an animated video demonstration, showing the future peak-hour traffic volumes.

Design was completed in August 2011 and the roundabouts and two-mile road was finished in November 2012. This project was an Honor Award recipient from the American Council of Engineering Companies (ACEC)/Nebraska’s 2013 Engineering Excellence Awards. 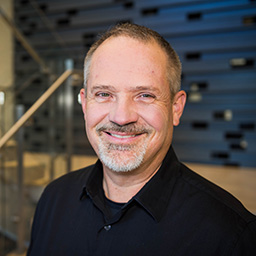