The dam site at the upstream edge of the City of Wahoo had limited storage volume compared to its 87 square-mile watershed. This dam structure is also part of the Nebraska Department of Roads (NDOR) location for the planned re-configuration of U.S. Highway 77 as an expressway bypass around the city.

Rather than designing an almost-mile-long dam just upstream of the future highway expressway embankment/bridge across the Sand Creek valley, we worked with the Lower Platte North Natural Resources District (LPNNRD) in developing a concept design to allow for a combination of the dam and expressway embankments.

LPNNRD and our firm coordinated with the Nebraska Department of Natural Resources (NDNR), NDOR, Saunders County, Wahoo, and other agencies to secure construction funding of approximately $13 million. We also developed a final design with adequate reservoir storage, facilitated future expressway construction on the dam embankment, accommodated site constraints, and complied with regulatory requirements.

One key benefit of building a dam and lake is aquatic diversity. Man-made lakes create habitats for fish and other wildlife that were not previously there. Laying a foundation for an abundant, diverse ecosystem has always been an integral part of the Lake Wanahoo Dam project since it was initially planned.

With Lake Wanahoo filled to its normal pool elevation in the spring of 2011, and strong development of wetland fishery resources already evident, the lake was opened to the public following the completion of its recreational facilities in 2014. 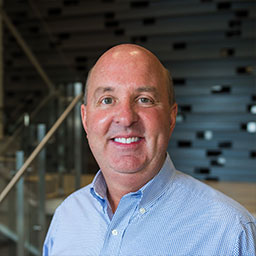