Route 66 serves as the main thoroughfare for downtown Sapulpa, Oklahoma, but the iconic highway is just a complement to the strong historical building stock that populates the city’s central business district.

So, when city officials contracted with the Olsson Studio to create a downtown master plan, our team of planners and landscape architects came up with a way to draw more attention to this historical area and fill in the gaps between them with modern, yet complementary mixed-use and residential development.

Sapulpa is a city of 22,000 residents located near Tulsa. The downtown area includes the Creek County courthouse, a building that was once a jailhouse, a large bank building, and other historic structures still in use. The area also is the home to several murals painted on brick walls and several alleys that were underused.

The first order of business for the Olsson Studio was helping city officials, downtown stakeholders, and Sapulpa residents envision the potential the downtown had for drawing in more residents and visitors, and becoming an even stronger sense of pride for the community.

Our team conducted ample stakeholder and community engagement, including two in-person open houses, a visioning workshop, a three-day charrette, and a public website. During the visioning workshop, stakeholders were led through a series of exercises to identify high-level priorities for downtown’s revitalization. An intensive three-day planning and design charrette charted the detailed vision for downtown’s future was the project’s hallmark engagement event.

The charrette resulted in renderings of a conceptual streetscape plan, a framework plan for pedestrian and bicycle connectivity, parking options, facade changes along main corridors, a development and redevelopment framework plan, and how alleys could be used as both a public space and connectors to other areas.

Our master plan included solutions to turn alleys used for garbage collection into spaces for people to gather and mingle. Alleys were repaved, overhead string lights were added, and furnishings were added, replacing dumpsters and cracked cement.

Our master plan divided the area into seven functional subareas and created form, use, and character guidelines for each subarea to take advantage of assets on hand and to give each area its own special vibe. This strategy encouraged the area to keep a strong mix of uses and to be creative with future development.

We also recommended the city turn the old jailhouse into a restaurant, remove the 1970s facade from the bank and restore it to its original look, and we proposed the State of Oklahoma relinquish control of Dewey Avenue, which gave the city more flexibility to install streetscape enhancements.

The downtown master plan was adopted by the City of Sapulpa in 2021. 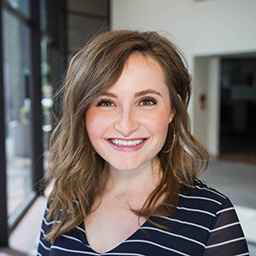