When the main runway and taxiways at the Chadron Municipal Airport started to deteriorate, a plan was needed to keep the airport open during reconstruction. The airport provides commercial and general aviation services to residents of Chadron and surrounding communities in the Nebraska panhandle.

Our team of engineers played a key role in the reconstruction of Runway 3/21, Taxiways A and B, and the construction of Taxiway C. After we determined the pavement had deteriorated because of Alkali-Silica Reaction (ASR), we analyzed numerous options for repair, including asphalt overlay, concrete overlay, and new subgrade. Considering construction costs, maintenance costs, construction time, and the probability of success, we recommended new concrete and base material on the existing subgrade, replacing subgrade where required.

To improve phasing and allow the airport to remain open throughout reconstruction, we suggested creating a new Taxiway C to the crosswind runway, which was approved during the design phase. Our team was instrumental in obtaining additional funding from the Federal Aviation Administration (FAA) for this taxiway.

Our aviation team worked closely with the FAA’s Flight Procedures Division and Technical Operations Division on issues regarding its ILS approach, the MALSR, and other FAA-owned NAVAIDS, and changes in the runway numerals due to a shift in magnetic declination. The turnaround was also reconfigured to meet new design criteria.

We provided all engineering services, including construction observation, for this $8.5 million project.

Our firm has been working with the City of Chadron on its airport since 2006. We have provided planning, design, and construction phase services for several projects. 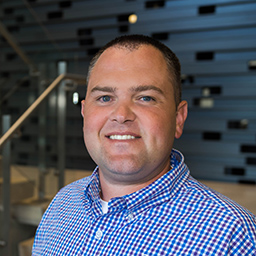