The last time Utica, Nebraska, repaved its downtown, America was celebrating its bicentennial. Turns out the Spirit of ’76 still runs strong in the community even after more than 40 years.

“I don’t know if I’ve ever seen a town that flies more American flags,” said Emily Bausch, an economic development specialist with Olsson whose work takes her to a lot of communities.

All those years were less kind to the downtown pavement. Pocks and cracks marred the sidewalk. The 10-inch curbs stood at right angles, creating a barrier for anyone using a wheelchair or walker. And poor drainage caused rainwater to pool in the gutter, making it difficult for all but an accomplished long jumper to reach the sidewalk with dry feet.

So, it’s no wonder that fixing the downtown emerged as a priority in the village of 840 people west of Lincoln. While some rural communities simply make do, in Utica, they make progress.

Village officials won a $225,000 Community Development Block Grant from the U.S. Department of Housing and Urban Development and came up with the 35-percent matching funds.

Then they called on Olsson. We welcomed the opportunity to serve a community where we helped overhaul the water system a few years before.

The sidewalk now complies with the Americans with Disabilities Act and folks no longer need to change socks when they visit downtown on a rainy day.

But that’s not how the story ends in a town where pride has always been bigger than the population. Residents saw an opportunity to build not just a street, but a streetscape – and they asked for our help on that, too.

We showed how replacing the cobra head mast arm lighting could do wonders for downtown aesthetics. Becky Zoubek, design technical manager with our Mechanical Electrical team, created a plan to install poles with decorative post tops, instantly adding character to the block. 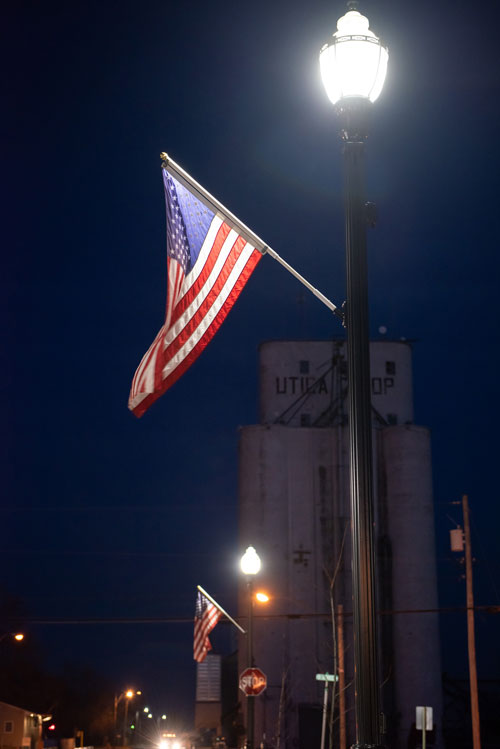 When the cost of lighting fell outside the grant, leaders of the Utica Foundation raised money to cover the shortfall with black-tie dinners and flannel-shirt breakfasts.

But they weren’t done.

Citizens embraced the idea of a Veterans Memorial on the south side of the improved street. The American Legion Post 47 covered the cost of the memorial marker while the Utica Betterment Committee sold personalized paver bricks to local families to raise funds for the improvements. 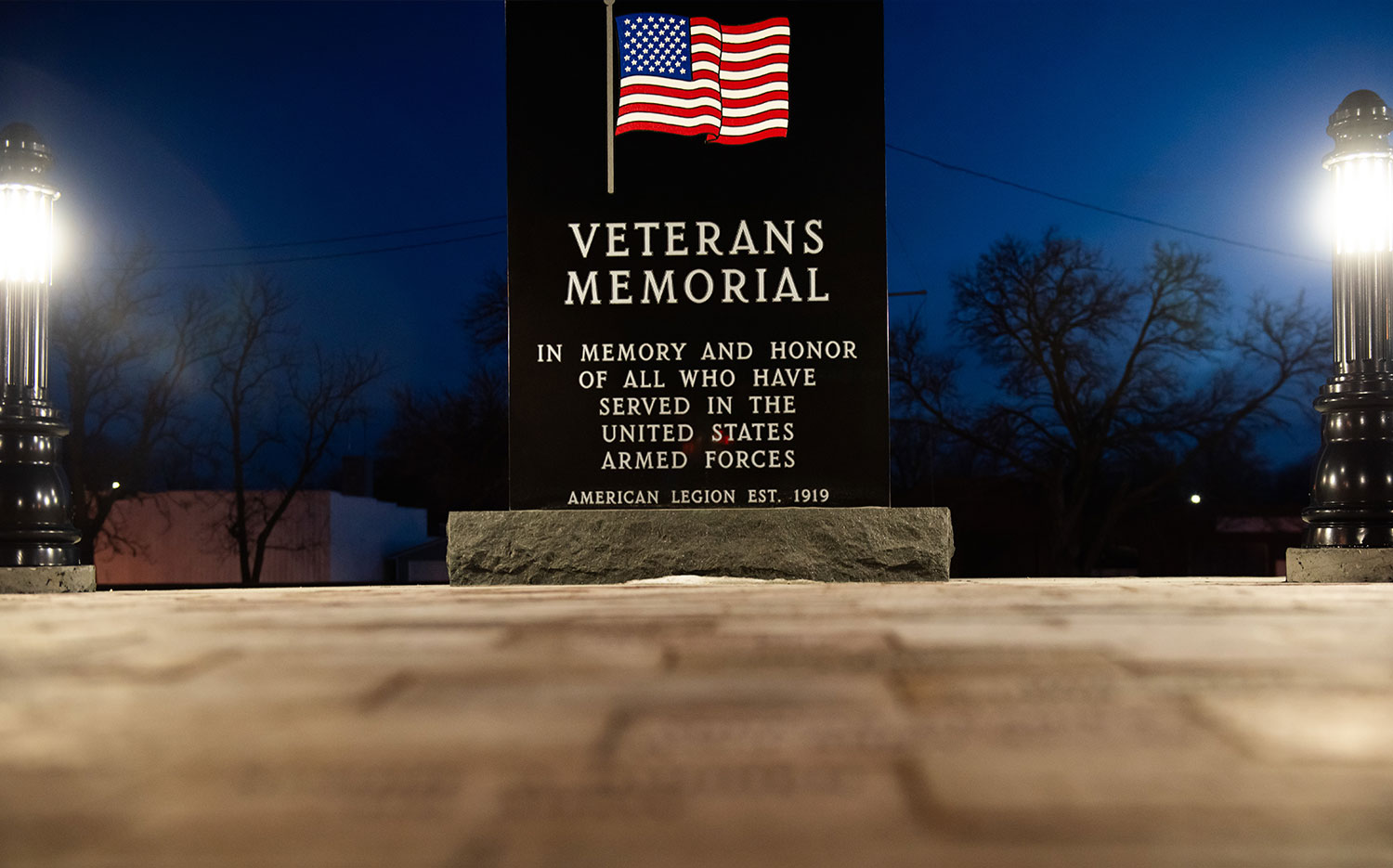 SENDD Executive Director Tom Bliss said other towns could follow Utica’s strategy to improve their public infrastructure. Grants, resources, and expertise are available for rural communities; leaders just need to seek them out and be creative.

While funding is essential, so is the know-how to make every dollar count. That’s where Olsson comes in. Our services included survey and design, bidding phase assistance, construction staking, construction management, oversight, and materials testing.

Don Olson, chairman of the village board, said he appreciated our help in navigating the inevitable construction challenges. The challenges included delays resulting from widespread flooding in the state, underground gas lines in the pathway of new underground wiring, and the discovery of old coal chutes during sidewalk construction.

“Olsson sure was helpful in making sure things got processed properly,” he said. “I thought the Olsson people did a great job of keeping on top of things.”

Joyce Schriner is a community volunteer who helped organize public meetings and fundraisers for the downtown project. While it took work to bring everything together, she would do it all over again.

“I get calls that say, ‘I can’t believe how beautiful it looks downtown, just beautiful,” she said. “I’m very pleased with how everything turned out.”

While many at Olsson worked on the project, several of the key contributors grew up in small communities, Emily Bausch said. So, they understood how even small projects can deliver big impacts for communities working to maintain their place on the map.

“Utica is kind of like everyone’s hometown,” she said. “You know, the people and the project feel important to you, too!”