The property known as the Bannister Federal Complex in South Kansas City has always been fertile ground for reinvention. Each development and redevelopment has played a historically and economically significant role in the community and the nation.

The 300-acre property may be best known as the site of an engine factory that helped win World War II. Years later, the complex was repurposed into a manufacturing center for the nation’s nuclear security program.

The latest transformation has redeveloped the property into the Blue River Commerce Center, a modern industrial park 10 miles south of downtown Kansas City. The park will offer more than 2 million square feet of industrial and distribution warehouse space, support an estimated 1,500 jobs, and generate economic activity that will ripple across the region.

To set the stage for new construction, nearly 4 million square feet of blighted buildings were demolished while soil and water contamination were remediated. The project owner, Bannister Transformation & Development LLC (BTD) retained Olsson as part of the design team to help design, implement, and manage the comprehensive demolition and site remediation. 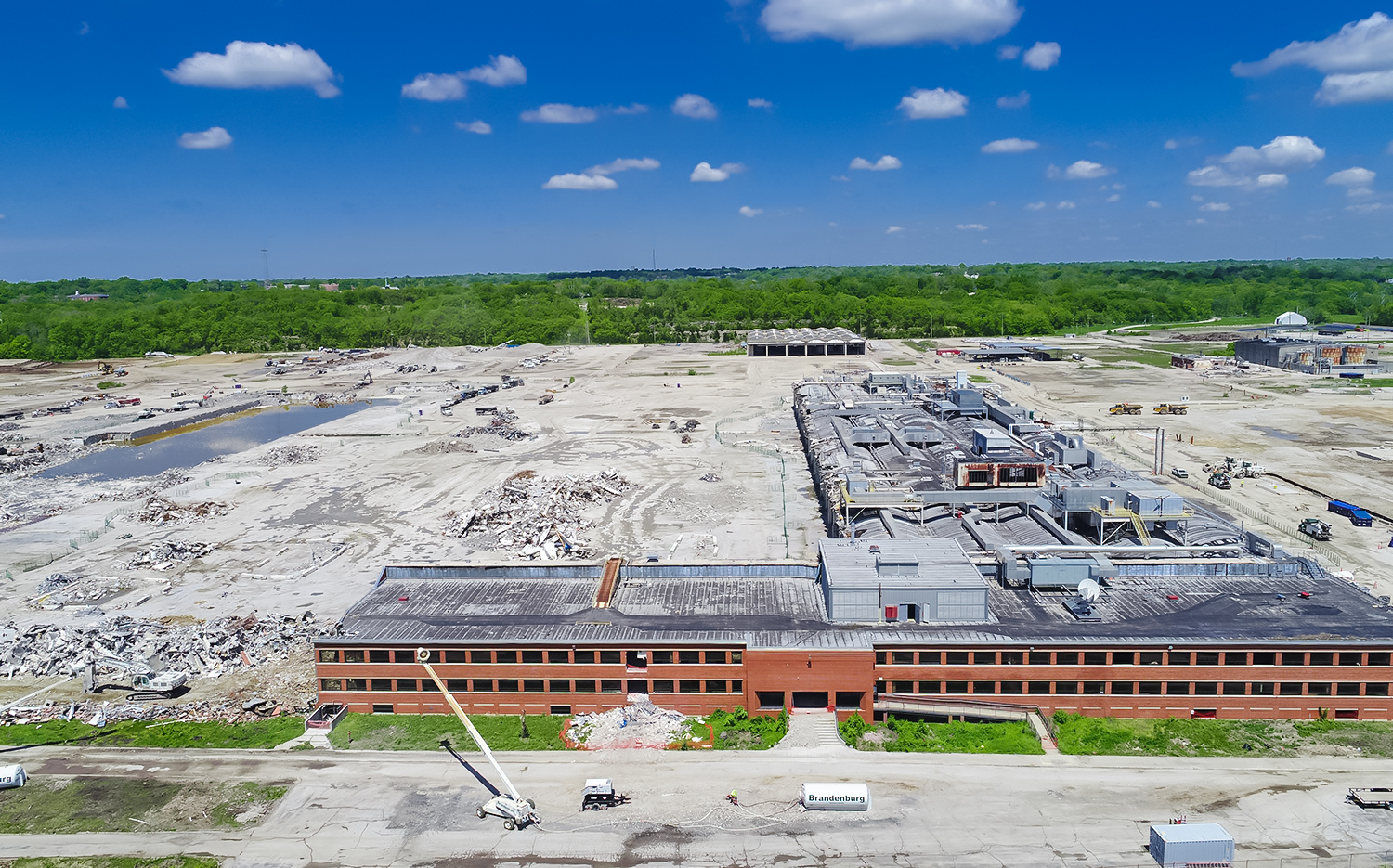 Completed on budget and ahead of schedule, the $211 million, five-year project required an extraordinary level of coordination and teamwork, according to Scott Cargill, client relationship manager at Olsson who also served as our project leader. That teamwork has positioned the property to make a major economic contribution to the community once again.

“This is far and away a better outcome for Kansas City than to see the old manufacturing plant go cold and dark with limited opportunities for growth or expansion of the tax base,” Scott said. “The site has been cleaned up, improved, and repurposed.”

The first commercial use for the land was as a wood-track speedway in the 1920s. In 1942, the U.S. Navy selected the site for a Pratt & Whitney aircraft engine factory, which sped to production in less than seven months. Some 21,000 workers built nearly 8,000 Double Wasp engines at the Missouri plant, which powered three of America’s five key fighter planes and nearly all military transport aircraft. 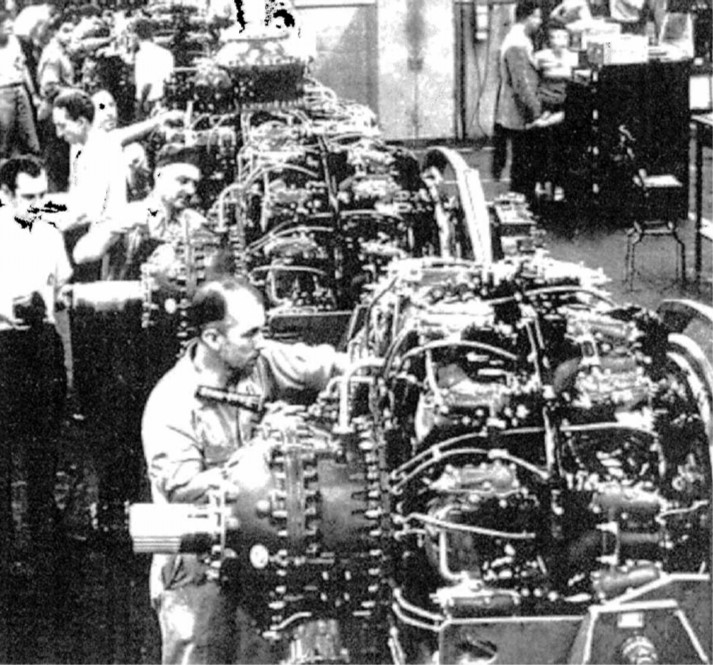 After the war, the factory produced jet engines before eventually being retooled to manufacture non-nuclear components for America’s nuclear armament. The Bannister Federal Complex was jointly managed by the Department of Energy’s National Nuclear Security Administration (NNSA) and the General Services Administration (GSA), which facilitated office space for a variety of federal agencies on the complex grounds.

In 2014, the NNSA relocated to a new manufacturing facility 8 miles south of Bannister and the following year, the GSA moved operations downtown. The federal government selected BTD to oversee the environmental cleanup and redevelopment and to ensure the continued vitality of the Bannister property.

To fully understand the scope and size of the project, Olsson assisted with an extensive due diligence process, including a site investigation that required almost two years to complete. The detailed review of historical records, environmental constraints, and site characteristics resulted in a projection of remediation strategies and costs that paved the way for the successful public-private partnership between BTD and the federal government. Olsson’s efforts included authorship and assembly of the base AutoCAD files used by all design team members, as well as design development and plan preparation across a broad spectrum of disciplines.

Site contaminants included solvents, cleaners, coolants, and fuels commonly associated with manufacturing operations that predated current federal environmental regulations. Olsson created a detailed 3D site model with a subsurface component to map the locations of soil contamination and groundwater plumes. The model reflected the site’s hydrology and was critical for designing a plan that complied with state and federal remediation requirements.

A major challenge involved abandoning the existing utilities, which represented a potential contamination pathway to two bordering waterways. Olsson’s engineers worked with the NNSA, the U.S. Army Corps of Engineers, the Missouri Department of Natural Resources, the Union Pacific Railroad, and the local municipality to design new storm and sanitary sewers, water mains, and other critical infrastructure.

A significant element of the remediation effort involved removing and replacing contaminated soils. In addition to importing replacement material, Olsson also oversaw delivery and placement of 1.5 million cubic yards of material, raising the site elevation by an average of 6 feet. 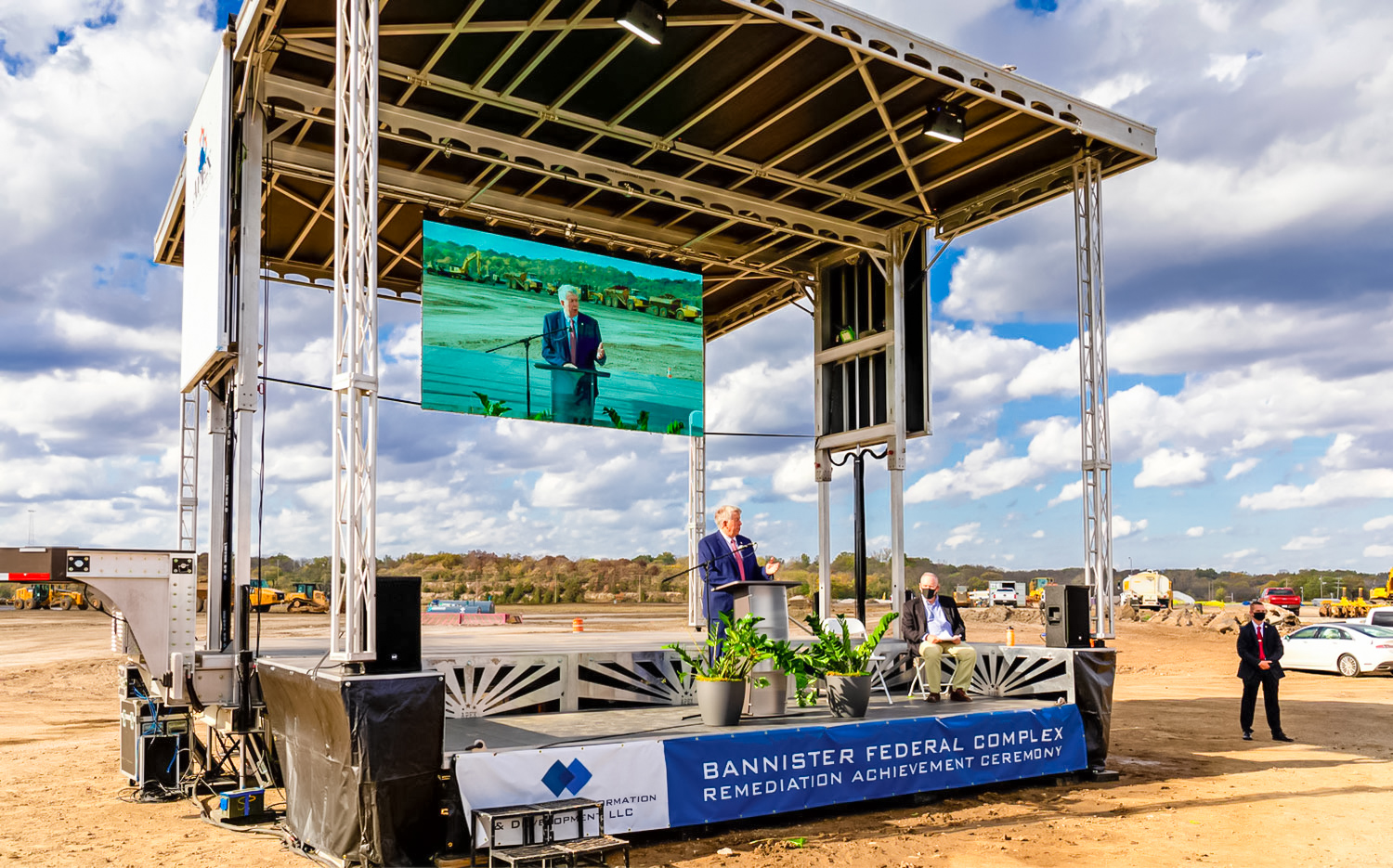 Missouri Governor Mike Parson, U.S. Senator Roy Blunt, U.S. Representative Emanuel Cleaver, and former Energy Under Secretary Lisa Gordon-Haggerty were among dignitaries who celebrated completion of the remediation effort in late 2020. They extolled the partnership for advancing a project that will generate new tax revenues, save taxpayers about $700 million, and provide a logistics and supply-chain career training center on-site.

Officials also praised the hundreds of workers who collectively logged 600,000 hours to complete the project without a single day lost to injury. The Occupation Safety and Health Administration recognized BTD for its superior safety performance.

BTD, in turn, recognized the historically significant role of the former Bannister Complex in the larger community.

“South Kansas City will once again have this economic engine as a cornerstone of local pride and jobs,” said Kevin Breslin, partner with BTD. “Olsson performed a pivotal role in making this project a huge success for the customer, the government, and the public.”

That’s transformation and development – with a purpose.