A late start, a pile of Lego bricks, and the brain of a robot. That’s how it all started for an Olsson-sponsored after-school robotics club at Norris Middle School in Firth, Nebraska.

While Steve was in college, he heard about the FIRST LEGO League robotics competition from relatives who worked in the Omaha, Nebraska, school system. He also has nieces who compete in the program. He learned the program allows students to gain hands-on science, technology, engineering, and math (STEM) experiences by building and programming a Lego-based robot and solving real-world engineering challenges.

Steve knew he wanted to be a part of the program to introduce the possibilities of STEM-based careers to students.

“When I graduated from high school I was in the dark about STEM,” Steve said. “It’s important to open the door of opportunity for kids at a young age and this competition helps kids learn about engineering, ask questions, and may introduce them to new passions that lead to future internships or college.”

Dan said it was a no-brainer when Steve approached him to help coach the team. Dan’s favorite part of coaching is seeing the students’ excitement during triumphs. At practice, students research competition-related topics and take turns building and testing code that programs the robot to complete missions.

“After 70 to 80 unsuccessful trials the robot finally completed two successful missions,” Dan said. “They were hooting and hollering, and it was awesome to watch them get so excited after all the time and thought they put into it.”

During competitions, teams receive points in several areas: robot design, presenting an innovation project, completing robot missions, and displaying program values. The students researched and presented their innovation project, which was a solution to reduce semitruck emissions and increase fuel efficiency by using wind and solar panels. The teams' robot also earned high marks for completing a number of successful missions within 2 1/2 minutes.

Steve said the team meets every Monday after school and the kids volunteered their time to meet additional Saturday mornings as their first competition neared.

“We had a few kids already ask to do it every day of the week,” Steve said. “It’s been amazing to see how much they’ve learned and grown in their understanding of the materials and robotics. They even named their robot. They call it Hubert.”

Well done, Hubert. The team won first place for robot design and second place in overall points for the robotics portion of the FIRST LEGO League competition. With the support of his students, Steve also received the Outstanding Coach accolade.

Steve said the students are ready and excited to tackle the state championship in Grand Island on February 26. Olsson funded the robot and Lego brick supplies and our creative team secured custom apparel for the students. 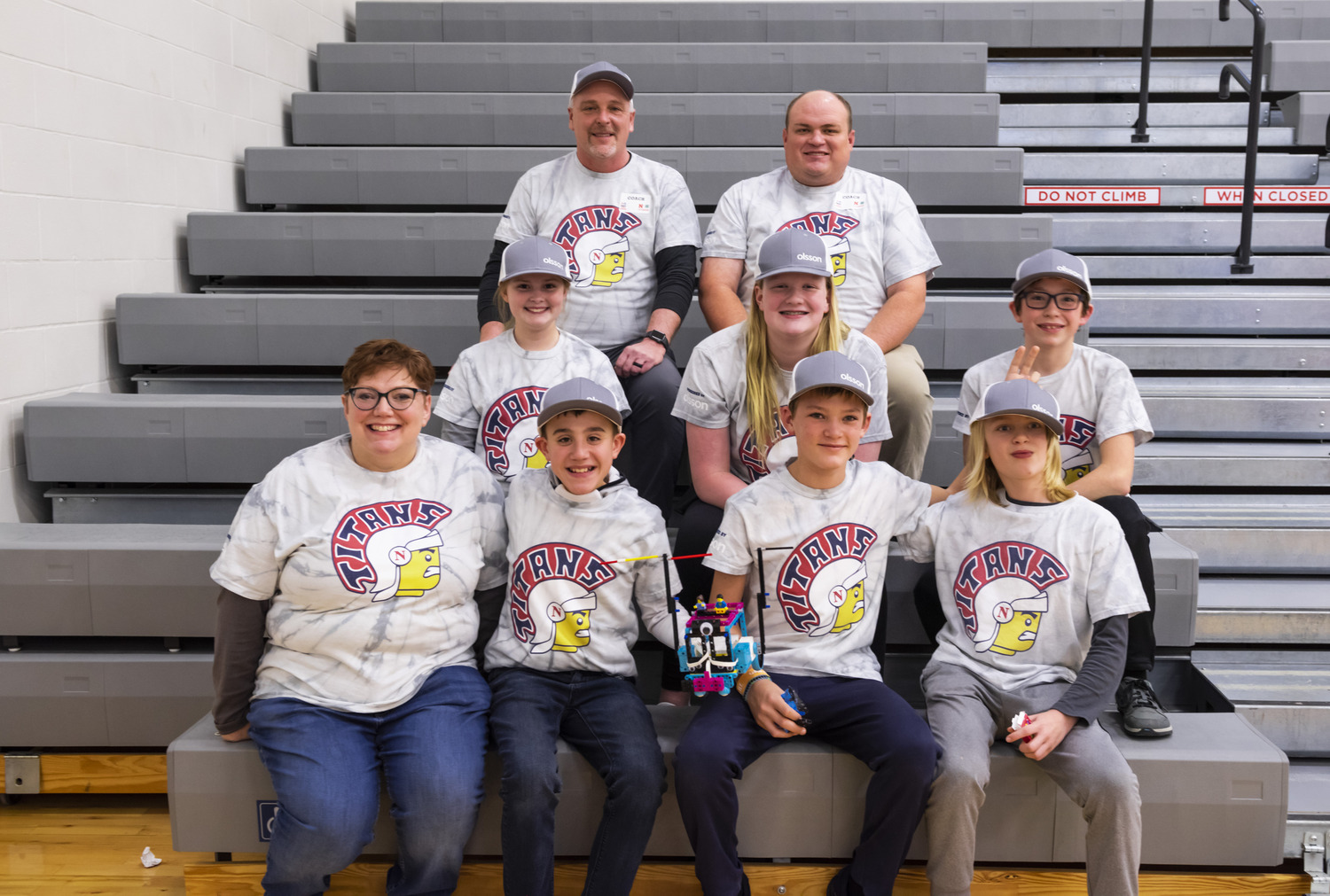