Connecting a City Efficiently Benefits Everyone

City Hall in downtown Kansas City, Missouri, is a must-see destination for manhole cover enthusiasts. They will be amazed by the intersection where the building is located, 11th and Oak streets.

This particular spot just may be the manhole cover capital of the world.

Strategically placed throughout the intersection are 17 heavy, cast-iron discs, reminders of all the below-ground electrical and fiber networks it takes to keep a city powered and connected.

Having so many manhole covers in a concentrated area shows an insatiable demand for power and information. It also illustrates the need for greater cooperation in building a major part of today’s infrastructure in a major metropolitan area.

Our Traffic and Technology team members noticed this manhole congregation while overseeing a communications master plan they completed for the city in 2017. 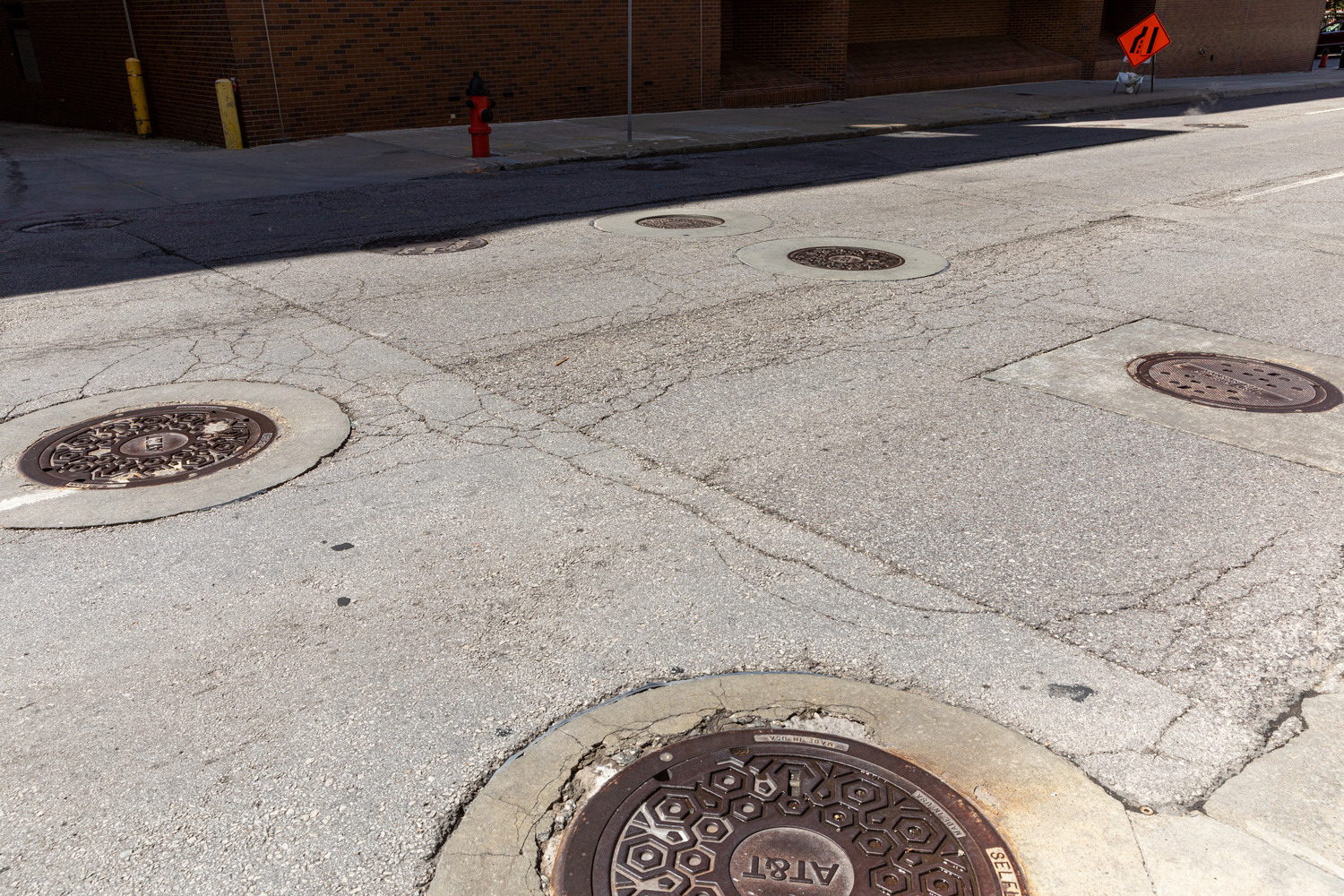 “When something like this happens, most of the time it’s a case of you don’t know what you don’t know,” said David Hoelzel, team leader for Olsson’s Traffic/Technology team in Kansas City. “I think the communications master plan showed Kansas City what it didn’t know, and that was the intent.”

Communications master plans identify and map out existing and proposed future communications for a city. Leaders use these plans as a guideline to upgrade and expand the city’s communications networks, such as its transportation technology.

The communications master plan for Kansas City included the following:

The impetus for conducting a communications master plan was the arrival of Google Fiber in the Kansas City metro area. Google chose Kansas City in 2011 to be the first city in the United States to receive the Google gigabit ethernet. For the next several years, Google laid miles of fiber below ground throughout the area.

As a result, the city started working with other internet-to-home providers and received a portion of the conduit as part of its standard agreement.

“What we were able to do is put two things together,” said Blake Hansen, subject matter expert for Olsson’s Transportation practice. “We were able to look at where fiber and conduit were available and from which partner. Where you have your own fiber and conduit, you can put them together into a network for the communications needs for a city, and that lets you take some of your facilities off of leased networks. 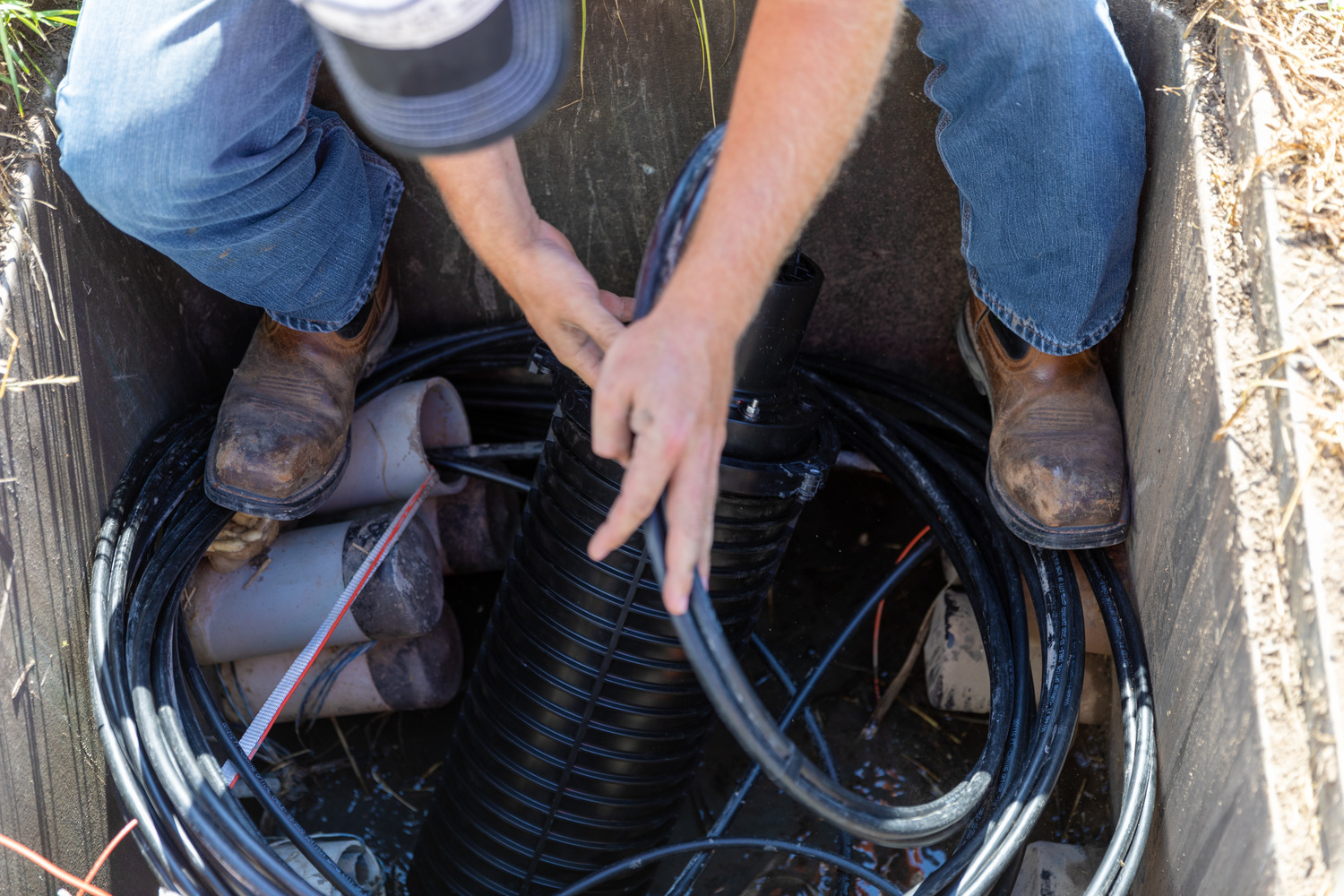 “So, what we did takes advantage of available conduit space, eliminates redundancies, and connects parts of the city on its own network.”

Most city agencies must store a large amount of data to serve their constituents. Some of this data is shared among several departments and retrieving and using this information is often difficult when agencies are on different communications networks.

Since the results of the communications master plan were revealed, the city convinced several departments to tap into the city-owned fiber network. Cost savings from such a move made the task easier, said Chris Lockey, fiber manager for Kansas City’s Office of Emergency Management.

“The return on investment is a big factor when we submit justification for a project,” Chris said. “For instance, the Kansas City Police Department had some of the largest ongoing costs for its communications needs. By connecting five police stations to our network, we save more than $100,000 a year, so we will get back the cost of the project of connecting them in just over a year.

“Now, if anybody asks what it will take to get something connected, we go to that study and we look at the probable ROI and that’s the way we justify different projects.”

The police department was one of the first departments to hop on board. The department needed a network with encryption capabilities to protect personally identifiable information and had to have the bandwidth to store video taken by body cameras. Five police stations have been connected to the network, and more facilities will come online soon.

In addition, the city’s Water Services Department recently undertook a System Control and Data Acquisition (SCADA) project to connect its facilities and pump stations located throughout the metro area.

Kansas City Parks and Recreation is jumping on board by adding security cameras in city parks for surveillance and to monitor its buildings to curb vandalism.

The Kansas City Public Works Department uses the city-owned fiber network to connect traffic signals to monitor and control the flow of traffic when it’s needed most. And the city’s Aviation Department has partnered with a private vendor to build a redundant ring between the city’s two airports, Kansas City International Airport and Charles B. Wheeler Downtown Airport. 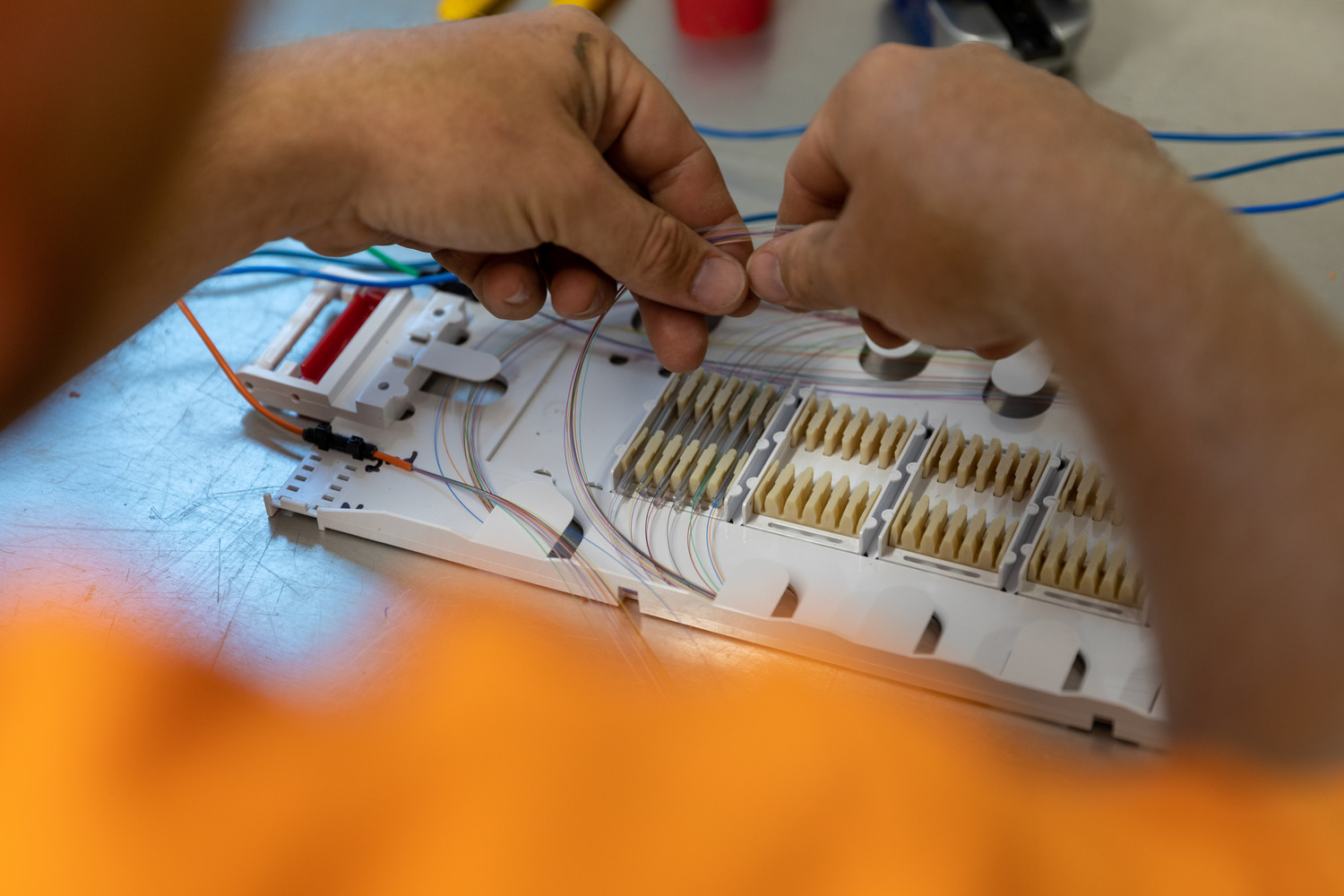 The city has the opportunity to save about $700,000 per year in communications costs by enacting many of the recommendations made in our communications master plan.

“We’ve seen these savings because we moved our own facilities into our own communications system,” Chris said. “And we get more reliability and greater bandwidth.”

Partnering with private companies and sharing conduit and pull boxes results in fewer instances where a company is required to dig to place new conduit underneath the streets. This eliminates the need for construction and leads to fewer road closures near city-owned facilities, especially downtown.

“Utilizing existing conduit eliminates original construction costs and disruption to traffic,” Chris said. “It also eliminates third-party damage that always happens during construction. Intersections like 11th and Oak, it’s impossible to dig, and that’s the case at more and more places downtown. The future is sharing infrastructure and partnerships that are beneficial to both parties. Partnerships reduce costs, and those savings are passed on to the end user.”